Senator Dino Melaye has thrown a jab at the Deputy Senate President, Senator Ovie Omo-Agege over the mace fiasco that took place during the 8th Senate Assembly.

Also Read: ‘A cheating man will cheat regardless of how you dress at home’ – Nigerian women drag Ejike Asiegbu’s wife

During the 8th Assembly, Senator Ovie Omo-Agege was suspended for suing the assembly to court and he reacted by declaring that the Senate President did not possess the right to suspend him. On the day of his resumption, some thugs entered into the Senate complex and carted the mace away.

Dino Melaye took to his Instagram page to share a picture depicting that the newly elected Senate President, Ahmed Lawan telling the mace bearer to be watchful of the Deputy President, who is capable of stealing the Mace. 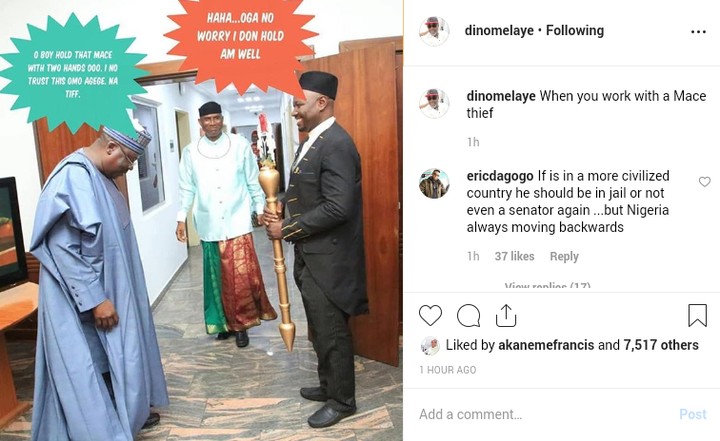