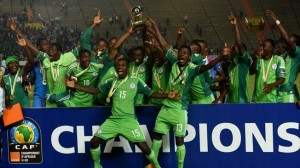 The Flying Eagles of Nigeria have allegedly refused to leave their hotel rooms in Poland despite crashing out of the FIFA World cup tournament which held in the country.

According to the news making the rounds, they are said to have refused to leave the country because of unpaid match allowances and bonuses by the Nigeria Football Federation.

Consequently, the Polish authority has allegedly beefed up security perhaps it may become necessary to eject the Nigerian team out of the hotel.

The Flying Eagles crashed out of the tournament after suffering a 2-1 defeat at the hands of fellow African team, Senegal, in the round of 16 of the Mundial event.