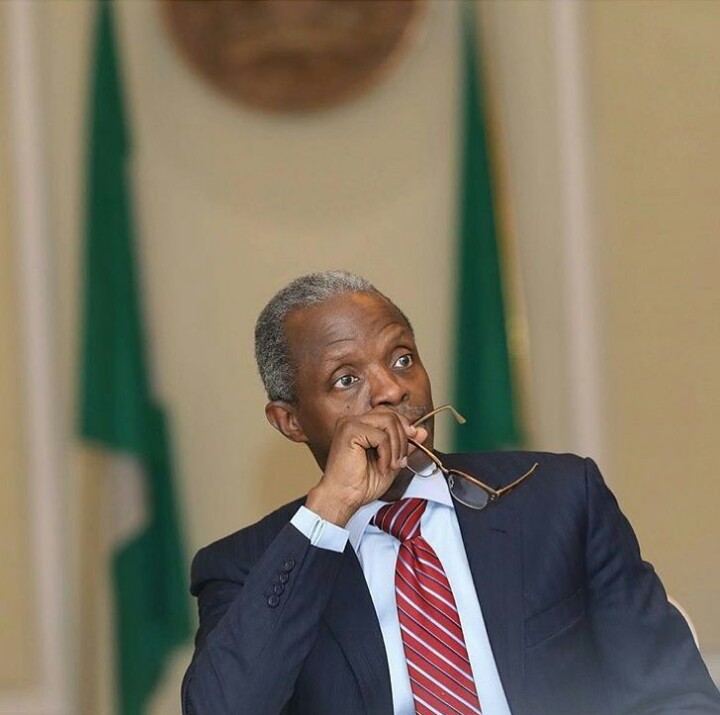 Vice-President Yemi Osinbajo on Tuesday said that he has sleepless nights because of the problem of extreme poverty in Nigeria.

The vice president made this known while speaking at an interactive session with faculty members of the Harvard Business School (HBS) who were in Lagos.

Osinbajo who was featured on a panel alongside Srikant Datar, professor of business administration (HBS), and Bayo Ogunlesi, a Nigerian investment banker said: “I think what keeps me up at night has to do with extreme poverty; the issue is that the largest number of those who vote for us are the very poor,” he said.

“The promises that government makes to them is that their lives will be better and obviously they are looking at their lives being better in the shortest possible time.

“I will like to see Nigeria being an industrialised nation in the next 10 years; a very strong middle class and most people living above the poverty line.’’

He noted also that many government policies were taking into account people at the bottom of the pyramid with a focus on agriculture and getting credit facilities to farmers in order to achieve self-sufficiency.

Adding that the current administration has lifted many farmers in the country had been lifted out of poverty.

He also informed them that the country was more than open to business.

“If you are going to do business anywhere in Africa, it has to be Nigeria. This is where you have the energy; you have the drive,” he said.

“We are already seeing that kind of activity; business people will always be driven by profit. Talent will always go in the direction where it is best rewarded; one can’t afford to be sentimental about that.

“As people see that the environment is getting better for business, they will come back; the opportunities for making huge profits are here. Practically everything we are doing in to ensure that there is an environment for business to thrive. People are leaving but people are coming back.’’

The session was moderated by Hakeem Bello-Osagie, chairman of Metis Capital Partners.