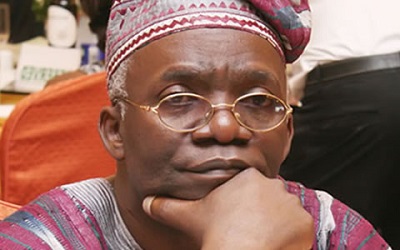 During the continuation of his trial on Thursday at the Lagos High Court Sitting in the Igbosere area, suspected billionaire kidnapper, Chukwudumeme Onwuamadike aka Evans, prosecution sought to call foremost lawyer, Femi Falana as a witness in the case.

The application was filed by the prosecuting counsel, Yakubu Oshoala, asking the court to grant them the right to call Falana because of an issue that came up during trial which required an additional witness.

Evans, who is currently facing two separate charges, bordering on conspiracy to kidnap, kidnapping and attempted murder, before Justice Adedayo Akintoye had alleged that his earlier statement was given under duress.

This prompted the court to conduct a trial within a trial, to ascertain the veracity of Evans’ claim.

On Thursday, as proceeding went on, the prosecutor said that the suspect had said during the ‘trial within a trial’, that Falana had come to visit him while in police custody but was prevented from seeing him owing to the excessive torture which he was going through.

Therefore the prosecutor wants to call Falana as a witness but the counsel to Evans, R. B. Ekeh, told the court that he was yet to respond to the application and hasn’t received the application.

The presiding judge, Justice Adedayo Akintoye ordered that all the defendants be served with the application.

The judge adjourned the case until September 18 for ruling on the application to call Falana as a witness and for the hearing of the bail application of the third defendant.