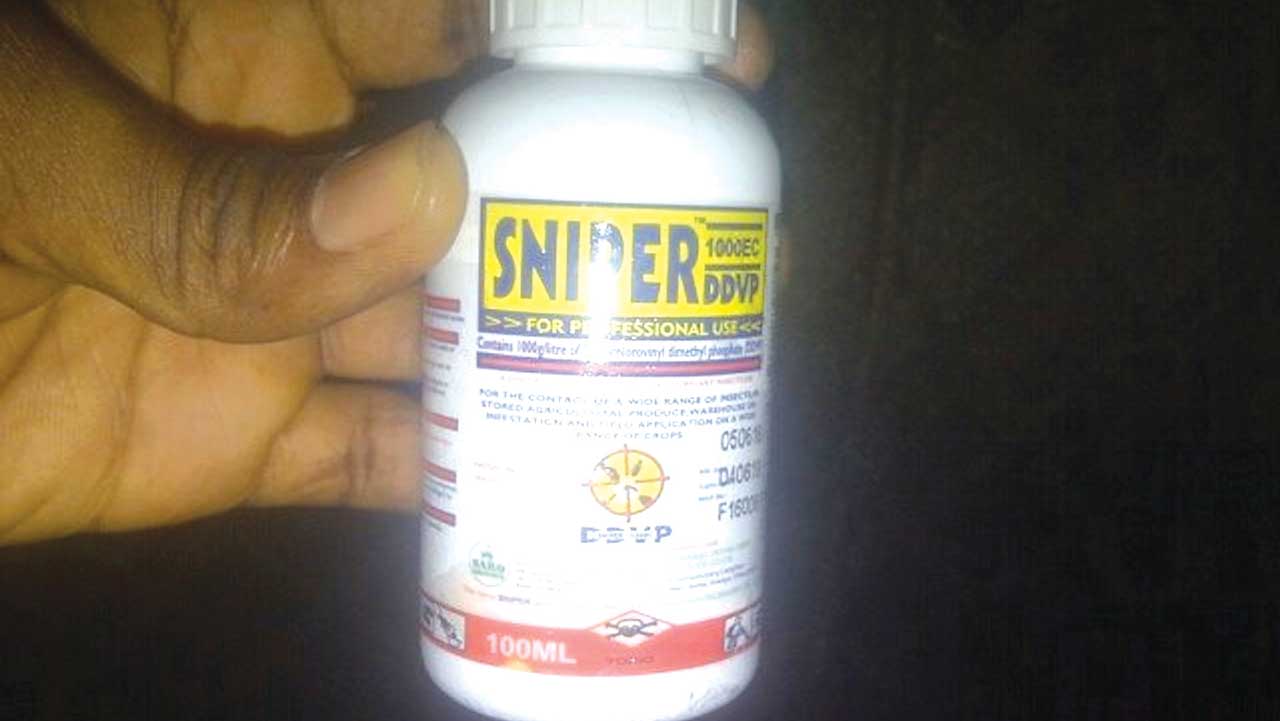 The National Agency for Food, Drugs Administration and Control (NAFDAC) has put a ban on the production of smaller packs of sniper.

This was made known by Husman Bukar, the director, veterinary medicine and allied products directorate, NAFDAC, at the launch of Lifeline, a herbicide, at the International Institute of Tropical Agriculture (IITA) in Ibadan, Oyo state.

He said this decision comes at the time when new safer and environmentally friendly herbicides are being registered in Nigeria.

Bukar said the agency would “mount evidence” to show that the products are harmful to both applicators and the environment.

It was also revealed that stricter measures will be employed to curtail the use of snipper in homes and subsequently put an end to the abuse of the pesticide which has been used as carrying out suicide.

“A date for the ban has not been announced but it will happen very soon. Paraquat has been banned in several countries and we cannot continue to allow it to come into Nigeria,” he said.

“Recently, some suicide cases have been associated with people drinking sniper, henceforth, we call on the agro-chemical industry to enhance their distribution channels so that this product (sniper) gets to only accredited distributors and marketers.

“We have also placed a ban on the manufacture of smaller packs of snipper which are easily purchased for household use.

“On the use of glyphosate by farmers, NAFDAC has placed a ban on glyphosate-based formulations with tallow-amine (an emulsifier and wetting agent for agrochemical formulations).

“Agrochemical companies have been given the grace period of between now and December 2019 to withdraw all glyphosate formulations with tallow-amine from the Nigerian market.”