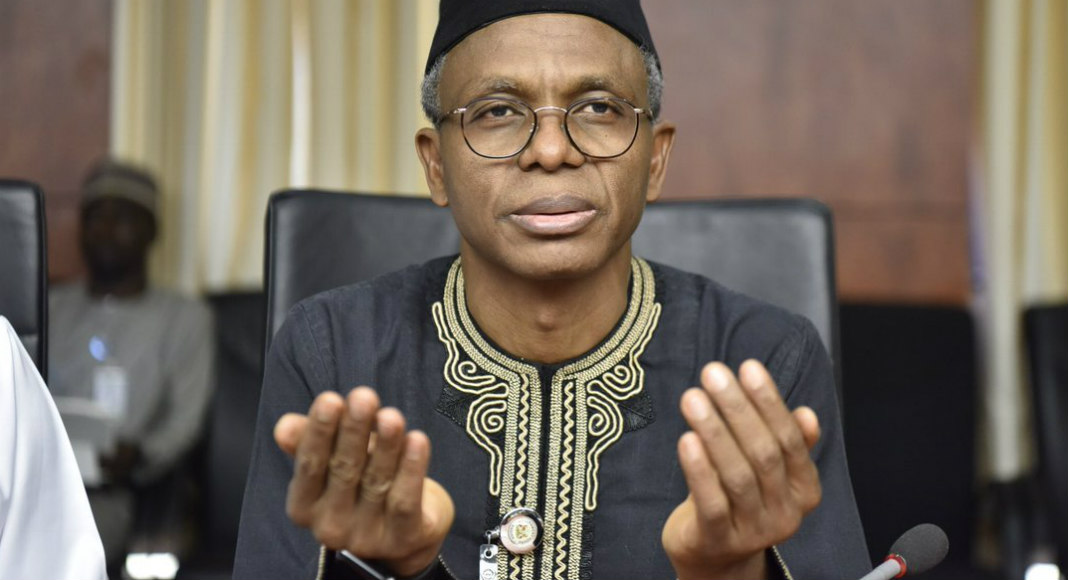 The Christian Association of Nigeria (CAN) had advised Kaduna state Governor Nasir El-Rufai to channel his energy to combating security challenges plaguing the state rather than on preaching and praying.

According to CAN, the state is currently bedevilled with kidnappings of people on the highway, in their farms and homes and other forms of insecurity yet the governor was more concerned about regulating religious activities.

In a press briefing after a meeting of all the blocs that make up CAN in Kaduna, Rev Joseph John Hayab CAN Chairman said the bill was targeted at obstructing the gospel of Jesus Christ.

“We wish to state that the judgment of the court is a welcome development and a huge relief to all peace-loving people in the state, both Christians and Lovers of peace from other faiths, he said.

“For the Christians, we suspect that the bill, in the first instance, could be an attempt to bully the different faiths we profess and illegally aimed at obstructing religious preaching, especially the gospel of Jesus Christ.

“Given the ominous purpose of the bill, we stand with the Pentecostal Fellowship of Nigeria (PFN) Kaduna State Chapter to legally pursue the matter to the apex court of the land. This is because, the Holy Bible commands ALL Christians, not just Pastors, to “go into the world and preach the gospel” (Mathew 28: 19-20 and Mark 16: 15).

“On the weight of the above, we interpret the motive behind the bill as a gross violation of the rights of Christians and all people of Faith to practice their faiths as enshrined in the Nigerian Constitution Section 38(1) give Nigerians the right to practice the religion of their choice.

“While, according to some feelers, the government may appeal against the judgment, CAN wish to advise the Governor Nasir El-Rufai’s administration that rather than dissipate valuable time and energy on a matter with a propensity to create further misunderstanding in the state, the government should focus its attention on the security challenges bedevilling the state.”

He added: “Manifestly, the government seems to have failed in its key responsibility of safeguarding lives and property of the people as stated in section 14 (2b) of the 1999 constitution as amended since armed bandits now, than ever before, continue to cause hapless citizens havoc at any time they so wish without fear of been captured.

“In fact, it is no longer news that people within Kaduna State are repeatedly being robbed, abducted or killed by armed bandits, often identified as herdsmen almost on a daily basis. Consequently, families and relations have had to cough out huge sums of money, amid scarce resources, to pay ransom to kidnappers to have their abducted relations freed.

“Therefore, the problem that should be of grave disquiet to the government of Kaduna State and the front burner is the way to secure our territory from the intrusion of armed bandits instead of compounding the problems with a bill that offends the set provisions of the Nigerian Constitution.

“We, as a result, call on El-Rufai to devote his energy and attention to addressing the unending challenge of constant kidnappings of our people on the highway, in their farms and homes.

“It is important to note that the preponderance of the violence which befell Kaduna State in the past was not instigated by religious preaching but were mostly caused by injustice, lack of equity, hate speech by those in power and the outright marginalisation on certain people in the state.

‘’CAN is calling on the government to retrace its steps and focus on people-oriented programmes and stop exploiting religious differences to further polarise the citizenry”.