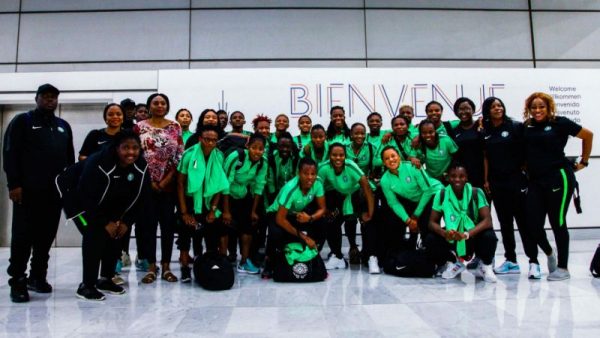 The Super Falcons of Nigeria are said to have refused to vacate their hotel rooms in France despite being dumped out of the Women World cup campaign taking place in the country.

They are said to be staging a protest in respect of their unpaid arrears and allowances which they believe would not be paid to them if they leave the French country.

The Super Falcons made it to the knock out stage of the competition before being drawn alongside Germany. The Germans went on to put three un-replied goals past them to end their campaign on a sour note.