The mother of one who said Kim Kardashian is her role model posed nude on top of a boat with her front faced down.

The celebrity was in the news a few days ago as she supported embattled Nollywood star, Regina Daniels, telling her to be happy. She also revealed that she had experienced what the teenage star is going through.

Also Read: Man Shares How His Girlfriend Dumped Him For Married Man Only To Turn Up For Job At His Office Later 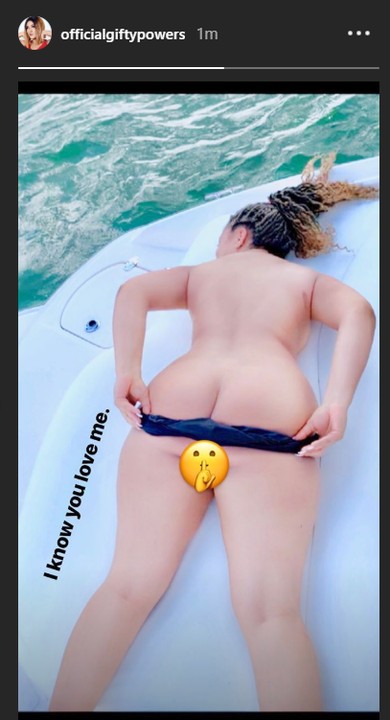