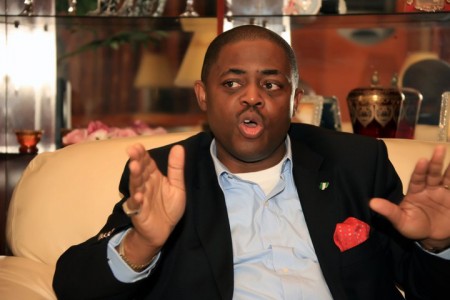 Femi Fani-Kayode, a former Minister of Aviation says Festus Adedayo is lucky that the appointment to be media adviser to the Senate president was rescinded.

According to the former minister, Adedayo was “delivered by God from the greatest calamity that could have possibly blighted and afflicted his brilliant and extraordinary life and career.”

In a few tweets on Thursday evening, Fani-Kayode likened serving under any branch of the All Progressives Congress(APC) government to serving under Hitler Nazis.

He tweeted: Serving any branch of the @OfficialAPCNg Govt. is like serving Hitler’s Nazis. God just delivered Festus Adedayo from the greatest calamity that could have possibly blighted and afflicted his brilliant and extraordinary life and career.

The former minister said Adedayo should go and bless his pastor with a massive offering because he didn’t earth king’s foul meat.

He did not eat the King’s foul meat and he did not fall under their evil spell. He should do thanksgiving in his Church and he should bless his Pastor with a massive offering. He may not know what God has just delivered and saved him from but one day he will appreciate it. I thank God for his beautiful life, he said.