Nollywood actress, Halima Abubakar has reacted to accusations that she bleached her skin from trolls.

The actress shared a footage from an old movie she featured in and followers pointed out that she was still dark-skinned at the time but is now light-skinned due to bleaching.

Halima Abubakar also revealed that she started acting at the very early age of 14.

Rather than give aggressive replies, the actress gave classy replies to the trolls. She agreed with what the trolls said about her instead of attacking which came as a surprise to many. 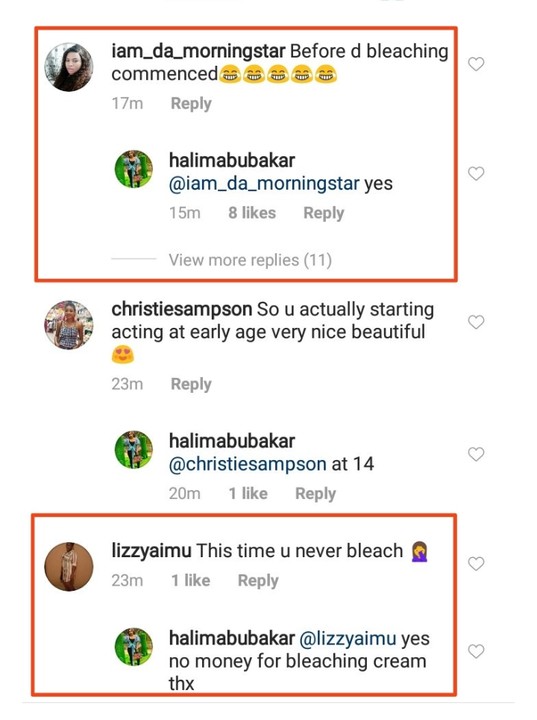 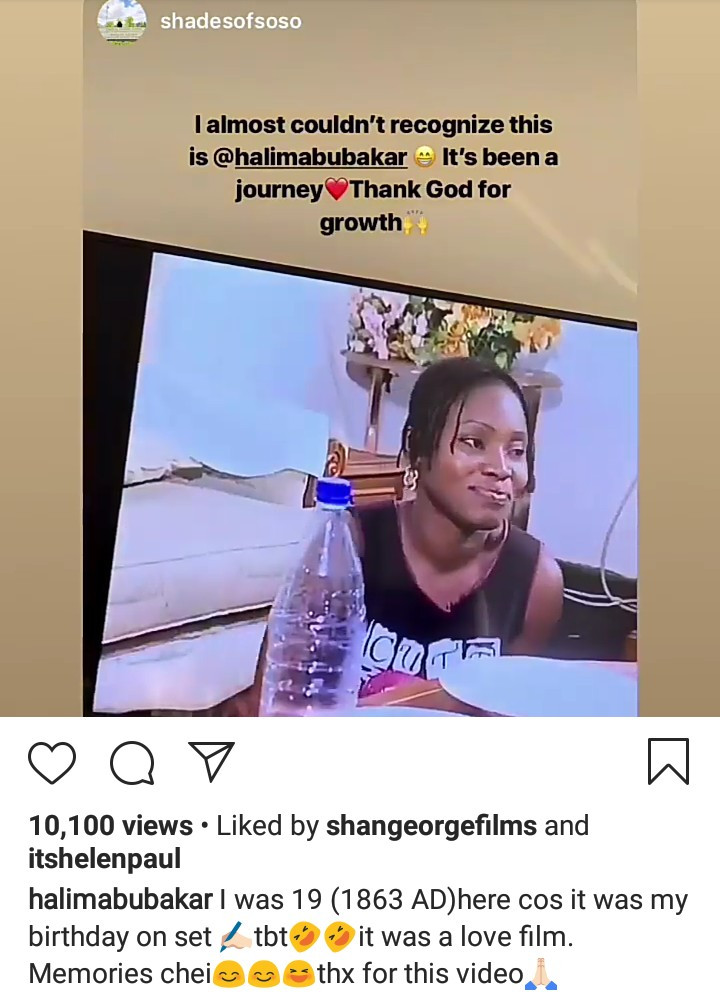