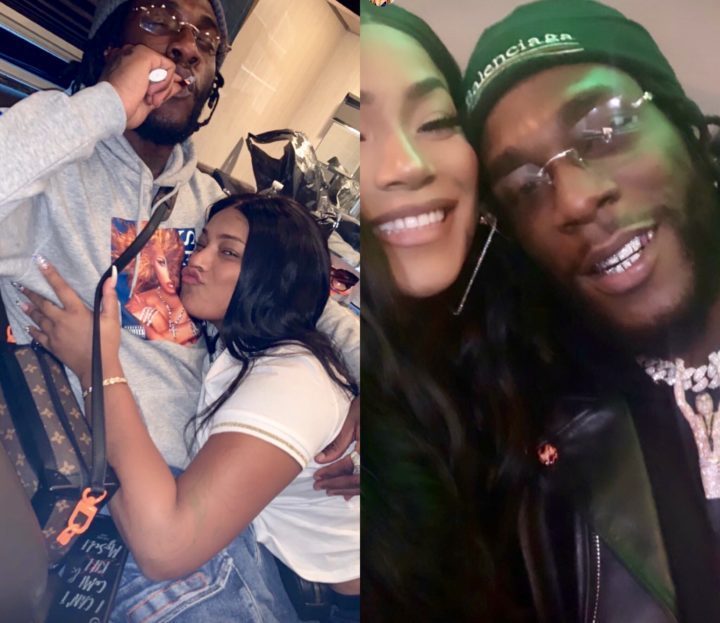 British rapper, Stefflon Don and Nigerian singer Burna Boy have continued to serve “couple goals”, and their fans can’t seem to the enough of the lovebirds.

Stephanie Victoria Allen,(27) has however told of how she’s going to end up being the wife of the Nigerian singer, adding that, that was what Burna Boy told her when they first met in Ghana.

In a recent chat with Power 105.1, a radio station in Los Angeles, the London based musician said revealed how she met Burna.

“Burna Boy is my baby. This is my ring. Next time, it would be his on my finger. I mean, he told me. I’m not just making things up. He’s Nigerian and you know Nigerian weddings are really big. I love Nigerian culture, its amazing,” she said.

“I met him in Ghana. I was in Africa for a show. Then, I missed my flight. He also had a show where he performed and I went to the show. The rest is history baby.

“He told me I was going to be his wife and you know how boys always talk shit. I didn’t remember he said that. But he told me and I was like ‘whatever’.”