Popular relationship blogger, Blessing Okoro who has been all over the news last month for the wrong reasons has taken to her social media space to boast of her fame.

Blessing Okoro revealed in a new post that she is the most popular hashtag all over the world due to her fake house stunt.

Also Read: ”Nobody Holy We learn To Grow” – Peruzzi Says As He Issues First Statement After Assaulting Pamilerin

The blogger got into the news for the wrong reason when she uploaded a building owned by someone else, claiming it as her own. 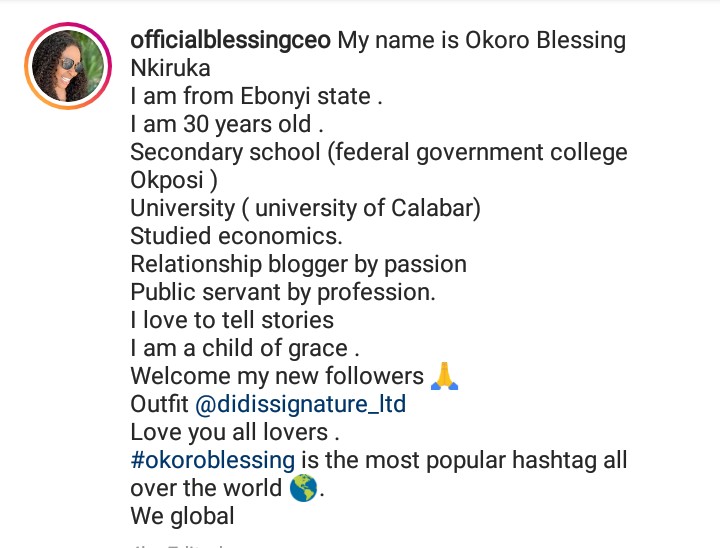