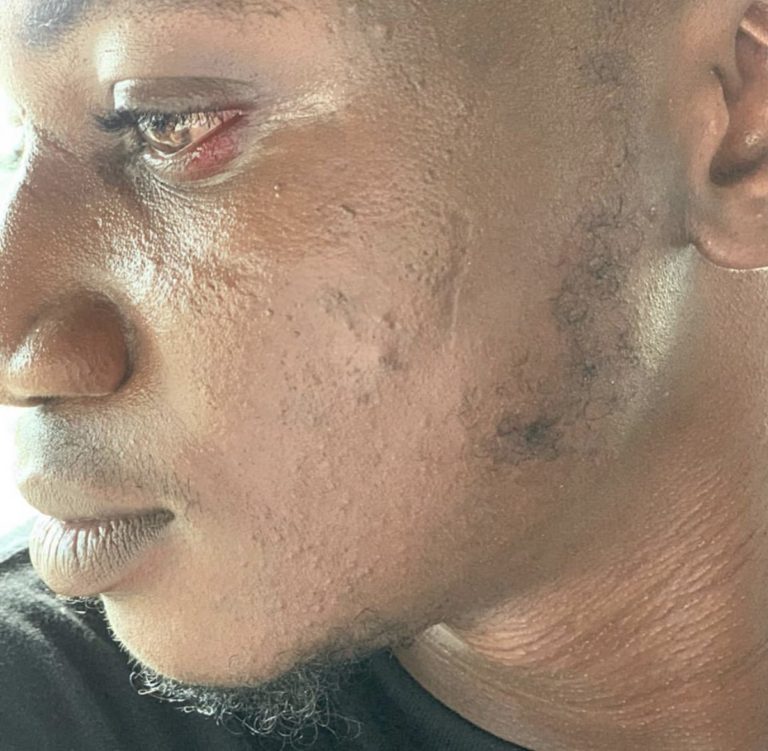 Nigerian singer, Peruzzi after being widely criticised for slapping a popular social media influencer, Pamilerin, over a tweet he shared on Twitter, in January, has apologised.

Earlier in the year, Peruzzi lost the newcomer award to a colleague, Teni and took to his Twitter handle to say that he deserved the award more because he gave his best in 2018.

Well, Pamilerin had taken it upon himself to troll Peruzzi saying Teni was better than Peruzzi and that Peruzzi has to make a hit all by himself without featuring anyone before he can come back to claim superiority over Teni — Which earned him a slap from the singer last night upon their first meeting since the tweets.

Read his apology below

I did very wrong for yesterday slapping Mr Pamilerin, let my feelings get the best of me and I am very sorry. Apologies to Mr Pamilerin and also to the general public. I’d never get into such mess again. Love Only, I promise. ❤️

People come on here to say things just to get RTs and Likes. But you never get to really understand cos you’re on the “funny” end of the whole thing.

Someone else is somewhere feeling hurt because you don’t see that very thin line between Opinion and Insult.