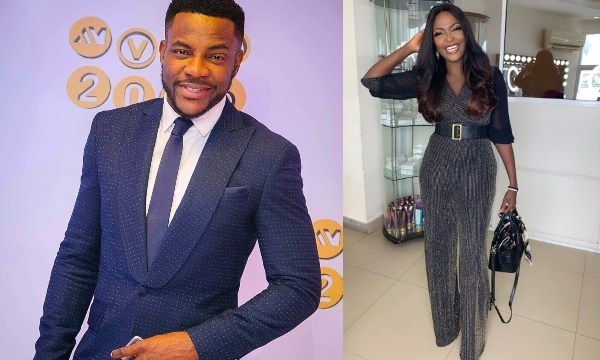 Media Personality, Ebuka has sat down with relationship blogger Okoro Blessing for an interview on his show Rubbin Minds.

During the interview, Blessing claimed she also has her own building which is of same colour, design and number of floors like that of the one belonging to Onye Eze which she claimed is hers.

Blessing during the interview also claimed she had gone to Onye Eze’s house to check the stone tile design, as she wanted same in her own house.

Recall the blogger was caught in a lie a few weeks back after she took to social media to claim a house that belonged to someone else, was hers.