Embattled relationship blogger, Blessing Okoro has revealed some fascinating stories about her life, as she had an interview with popular radio and television host, Daddyfreeze. 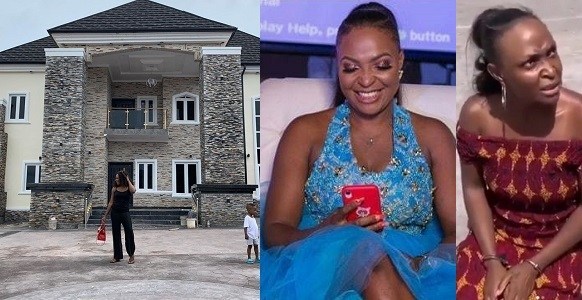 Recall that the Instagram blogger got a lot of backlashes from the internet after she claimed a house that belonged to a China-based Nigerian billionaire, Onye Eze.

The blogger was arrested and handcuffed publicly in reaction to her claiming the house, however, she said in the interview that the man behind her arrest who is Onye Eze Aide was arrested.

In the interview with DaddyFreeze, she spoke about her early married life and sexuality, she confessed she started dating at age 14.

‘I started dating when I was 14, the guy i was dating turned out to be my husband who i got married to when I was 18. He was 10-years older than me’.

However, a lot of reactions on Instagram suggested that she was lying about the whole issue.