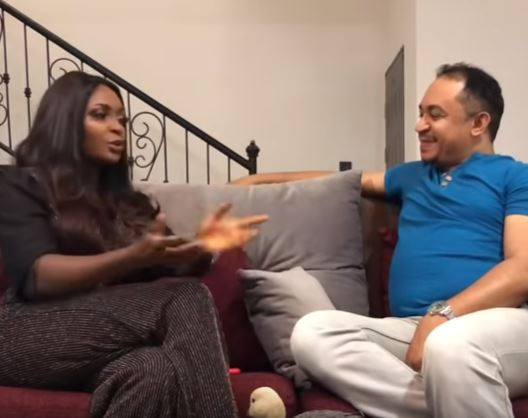 Blessing who made headlines last month after she was caught lying about owning a home, sat down for an interview with Daddy Freeze, where she opened up on her life.

In her words; ‘I started dating when I was 14, the guy I was dating turned out to be my husband who I got married to when I was 18. He was 10-years older than me’.

On if they were having sex at the time, she said, ‘yes we were. I loved him’.

You know when we say I was 14, we were under ages, but we were exposed. Back then i used to lie about my age too because i was exposed and looked bigger than my age. So we dated and got married even though my parents didn’t want the marriage because they felt I was still very young.

She also revealed that she’s now in a relationship but didn’t reveal further details.