Home National News ‘If you buy a stolen phone, you will be jailed for 7...
Facebook
Twitter
WhatsApp 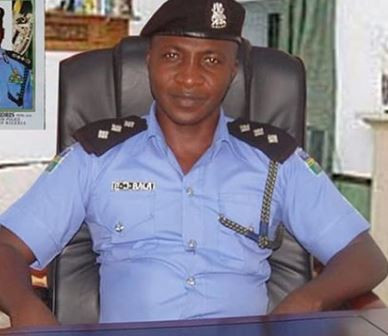 In his words; “under our laws, it is quite a serious offence for one to buy stolen phones. The law even regards the buyer to be more culpable than even the thief. The punishment is more for the buyer than the thief. The wisdom behind that is to discourage people from stealing because if there is no market where they would sell those stolen things, they would not steal them but because they have a ready market, they easily steal.

DSP Bala went on to say that;

“This is why the law makes the punishment stiffer for the buyer. The person who steals may get three years punishment, while the buyer could get seven years imprisonment and at the end, he will lose the property once we trace it to him.

For a person to avoid buying stolen property, it is advisable that he buys things in the open market and not on the street or people who are just passing and not dealing in such wares.”

Explaining how a case of purchasing stolen phones can be checked, Elkana said: “The most important thing when we charge a buyer to court is to look at whether he has knowledge that that thing he bought was a stolen property. How do we test the knowledge? What is the market value and how much did he buy it? If the market value is N100 and you buy it N10, automatically, you will know that you are buying a stolen property.

Secondly, we would check where he bought it. Was it in a regular market where such items are sold or he just bought it on the road from somebody? “That is enough for him to know that he is not buying something that is genuine.

Thirdly, we would check the time of the day that he bought the phone. These are important things we look at when we are investigating to check whether the person has knowledge that the phone was stolen or not.”

The PPRO also said the Police is working with banks to check fraud. “If you look at the security arrangements in banks, it is such that apart from internal bank security officers who are well trained, we also have our personnel working closely with them.