Nollywood actress and former Big Brother Naija housemate, Ifu Ennada has revealed that marriage is not on her agenda at the moment.

Puzzled former BBNaija housemate, Ifu Enada rejects marriage, as she questions why “husband house” is a priority to the average Nigerian woman.

The actress revealed that she was concerned about making money and travelling around the world right now.

She also added that she does not have a plan of being in a relationship anytime soon as she is not financially and emotionally stable at the moment.

Also Read: What Fani-Kayode and Omokri have to say about the absence of former Nigerian heads at the Democracy Day event

See her conversation below: 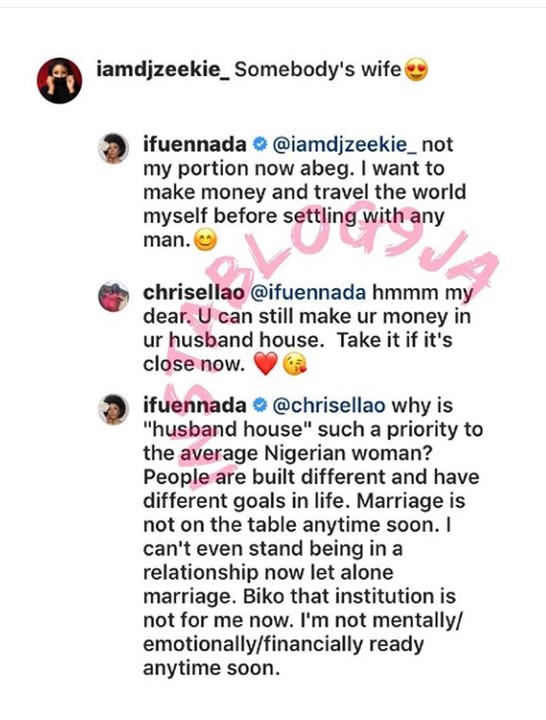