Popular Nollywood actor, Kolawole Ajeyemi who has been in the news recently because of his recent marriage rumours with his fellow actress Toyin Abraham, has reacted to the story.

Kolawole Ajeyemi who got a mansion for himself recently pointed out that ignorance is worse than illiteracy as those ignorant claim to know.

Also Read: ”79 is the magic number” – Rauf Aregbesola And Co Say As They React To Emergence Of Ahmed Lawan As The New Senate President

In his latest post on Instagram, the actor denied being married to anyone says its all rumors. He even cursed the bloggers involved in this rumour going around the internet. 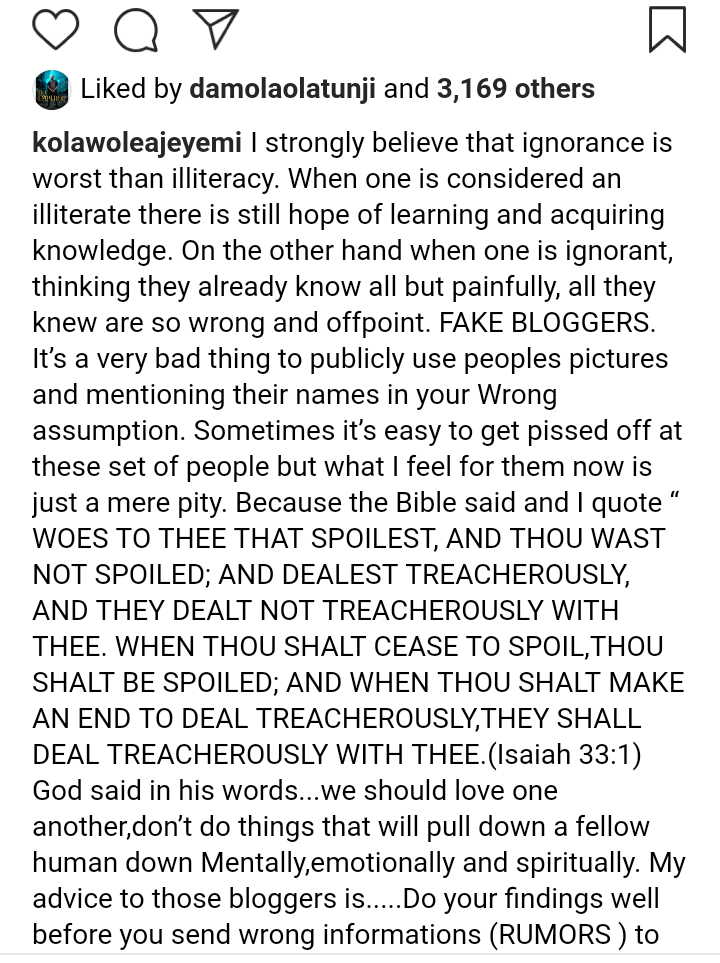 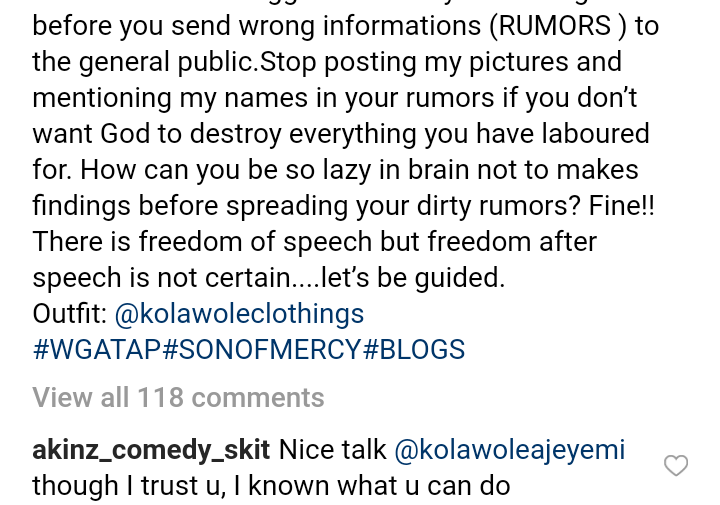