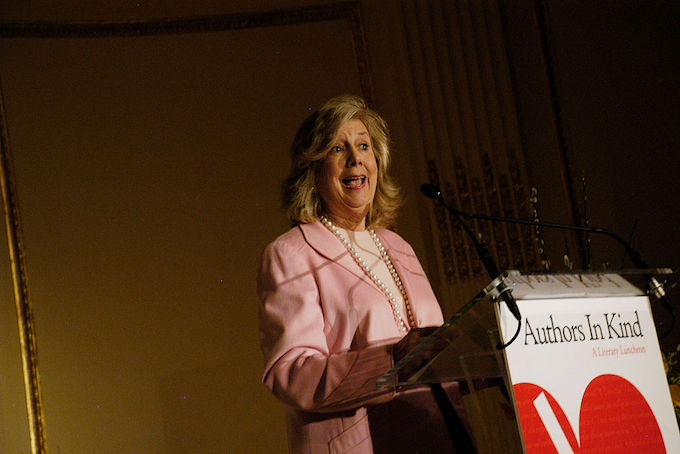 Former Nigerian minister, Femi Fani-Kayode got into a heated argument with the “Church of Satan” on Twitter, over former New York prosecutor, Linda Fairstein.

Fairstein was in charge of the interrogation and trial of the “Central Park Five,” which the Netflix series When They See Us, depicts.

How did it start?

Thirty years ago, Linda Fairstein had led the prosecution in the Central Park Jogger case, but the 1989 investigation and 1990 trials — and her role in them — have officially come back into the limelight with the release of Netflix’s new miniseries

About “When They See Us”

The Ava Duvernay-created series tells the story of the five black and Latino boys, known as  “Central Park Five,” who were wrongfully incarcerated for the rape and assault of the Central Park Jogger.

Linda is played by Felicity Huffman in the series and, as the woman who supervised the interrogation and trial of the five boys, she’s portrayed in a less-than-glamorous light.

Linda’s continued unwillingness to issue an apology to five exonerated men today — has ignited a new fury in viewers of When They See Us, who started a #CancelLindaFairstein hashtag on social media. One viewer even started a petition to end the production and sale of Linda’s crime novels — a petition that had more than 111,000 signatures at the time of this story’s updating.

What role did Fairstein play?

Linda Fairstein was the head of the sex crimes unit at the Manhattan District Attorney’s office when the Central Park Jogger, who was raped was found in 1989.

On the night of April 19, 1989, the body of a 28-year-old female jogger was discovered in a ravine in Central Park. The “Central Park Jogger,” as she would become known, had been brutally beaten, raped, and left for dead.

The jogger, who we now know was Trisha Meili, would ultimately survive her attack, but the city of New York was hungry for justice to be served. And under the supervision of Linda, five black teen boys — Korey Wise, Yusef Salaam, Antron McCray, Raymond Santana, and Kevin Richardson — were interrogated until they confessed to the crime.

The Central Park Five, as the boys became known, later went back on their confessions, saying they had been coerced into giving false statements. Still, they were found guilty in their 1990 trials and went on to serve years-long sentences in prison. It wasn’t until 2002 that Matias Reyes, a murderer and serial rapist who was serving a life sentence for a different crime, confessed to being the actual perpetrator of the Central Park Jogger rape. DNA evidence backed up his confession, and the Central Park Five were exonerated.

In 2003, three of the five wrongly accused men (Antron, Raymond, and Kevin) sued the city of New York for malicious prosecution, racial discrimination, and emotional distress. Eleven years later, after Mayor Bill de Blasio took office, they received a total settlement of $41 million — but Linda continued to defend the initial outcome of the trials.

I watched more than 30 detectives conduct a brilliant investigation.

“I think Reyes ran with that pack of kids,” Linda said to The New Yorker in 2002. “He stayed longer when the others moved on. He completed the assault. I don’t think there is a question in the minds of anyone present during the interrogation process that these five men were participants … I watched more than 30 detectives — black, white, Hispanic guys who’d never met each other before — conduct a brilliant investigation.”

In 1996, while the majority of the Central Park Five were still in prison, Linda began a second career as an author of crime novels.

Linda’s reaction to the Netflix series

Following the release of the series — and the resulting outpouring of anger toward her — Linda has deleted her social media accounts. She has also resigned from her position on the board of trustees at Vassar College, her alma mater, and her positions on the boards of sex crime victim advocacy groups Safe Horizon and the Joyful Heart Foundation.

In her various letters of resignation, Linda has referred to her portrayal in When They See Us as “grossly and maliciously inaccurate,” The New York Times reports. “The truth about my participation can be proved in the pages of public records and case documents,” she added in her resignation letter to Vassar College. “But that has not been apparent to those embracing the mob mentality that now dominates social media, any more than it was considered by the rashly irresponsible filmmaker.”

How FFK and the “Church of Satan” started their drama?

Upon seeing the Netflix miniseries, an angry Fani-Kayode took to Twitter to accuse Linda of being a member of the “Church of Satan”, which the latter vehemently denied.

Below is the ensuing conversation below 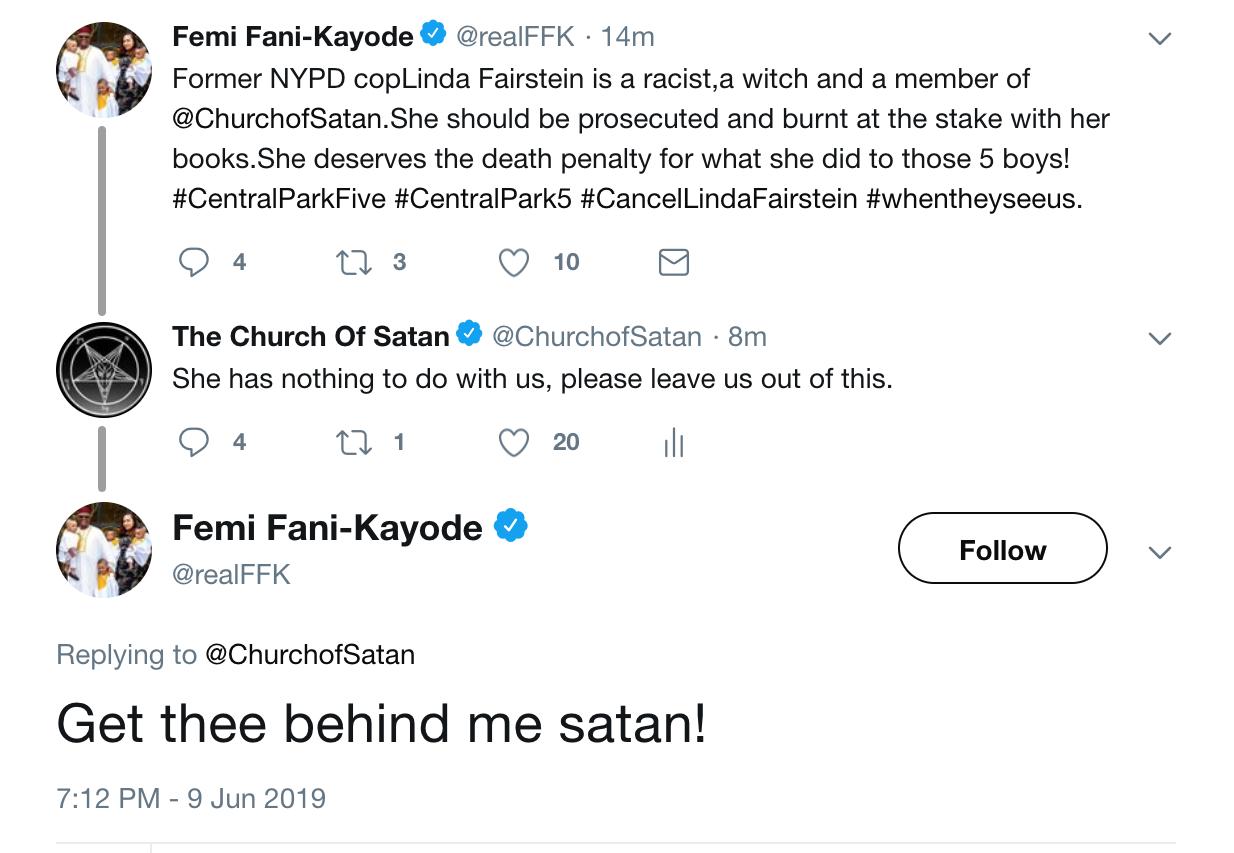