Home National News Is This Not Another Saraki In The Making? – Nigerians React To...
Facebook
Twitter
WhatsApp 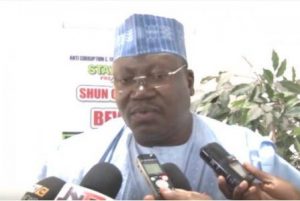 Following the appointment of Festus Adebayo(a strong critic of President Muhammadu Buhari) as the spokesman for the Senate President, Nigerians have reacted.

Nigerians while reacting have expressed concern by questioning the motive behind such an appointment with some expressing worries that he might just be another ”betrayal” just like the former Senate President, Bukola Saraki.

APC and PMB endorsed @SPNigeria Ahmed Lawan, the Senate president is expected to work with PMB and the party to achieve a common goal. How can a known critic of Buhari and the party, a man who called Buhari ‘ mentally unfit’, ‘despot’, ‘fido dido’ & constantly rubbished the party

They simply adopt FFK’s method.
And I think that Ahmed Lawan is proving to be another headache to APC else why appoint this odious Buhari critic as his media Chief?
The mudafucka actually jumped on the appointment given by a member of d party he has been denigrating https://t.co/PZm5OgN2WO

Now how are we sure Ahmed Lawan is not another saraki in the making ?

Ahmed Lawan appointed Onemola Olu to handle his new media. Olu was in charge of new media under Bukola Saraki. Lawan also appointed Festus Adedayo as his spokesman. Festus is a big critic of Buhari administration.