Nollywood actress, Iyabo Ojo, took to her instgaram page to share some wedding photos and certificate that she was legally married to her ex husband.

The actress also placed a curse on blogger Kemi Ashefon for spreading rumours that she never married legally.

Iyabo Ojo disclosed that she went as far as sending the blogger evidences but she ignored like she never saw them. She wrote:

They say silence is golden, but there are times one can’t help but address obvious situations.
A journey just come blogger called Kemi, NOT AUNTY KEM KEM OOOOOOOOO, decided to discredit my Mother’s Day video. She emphasised in her write up that I was never married and my ex partner was a carpenter (though she claimed all was sent to her as usual) …. I saw her write up and chatted her up, sent my marriage certificate, she read and ignored. Then other smallies started blogging the story. When you land yourself in wahala now, you will say the information came from my phone or maybe a PA sent it. Just for my true fans, here is a video of my marriage certificate and my wedding pictures. Kemi Ashefon, may you go through all I went through and worse than I did, when you decide to tell your story, people will turn deaf ears and call you names… ori gbogbo yin ti daru….. awon blogger blogger eleribu…. 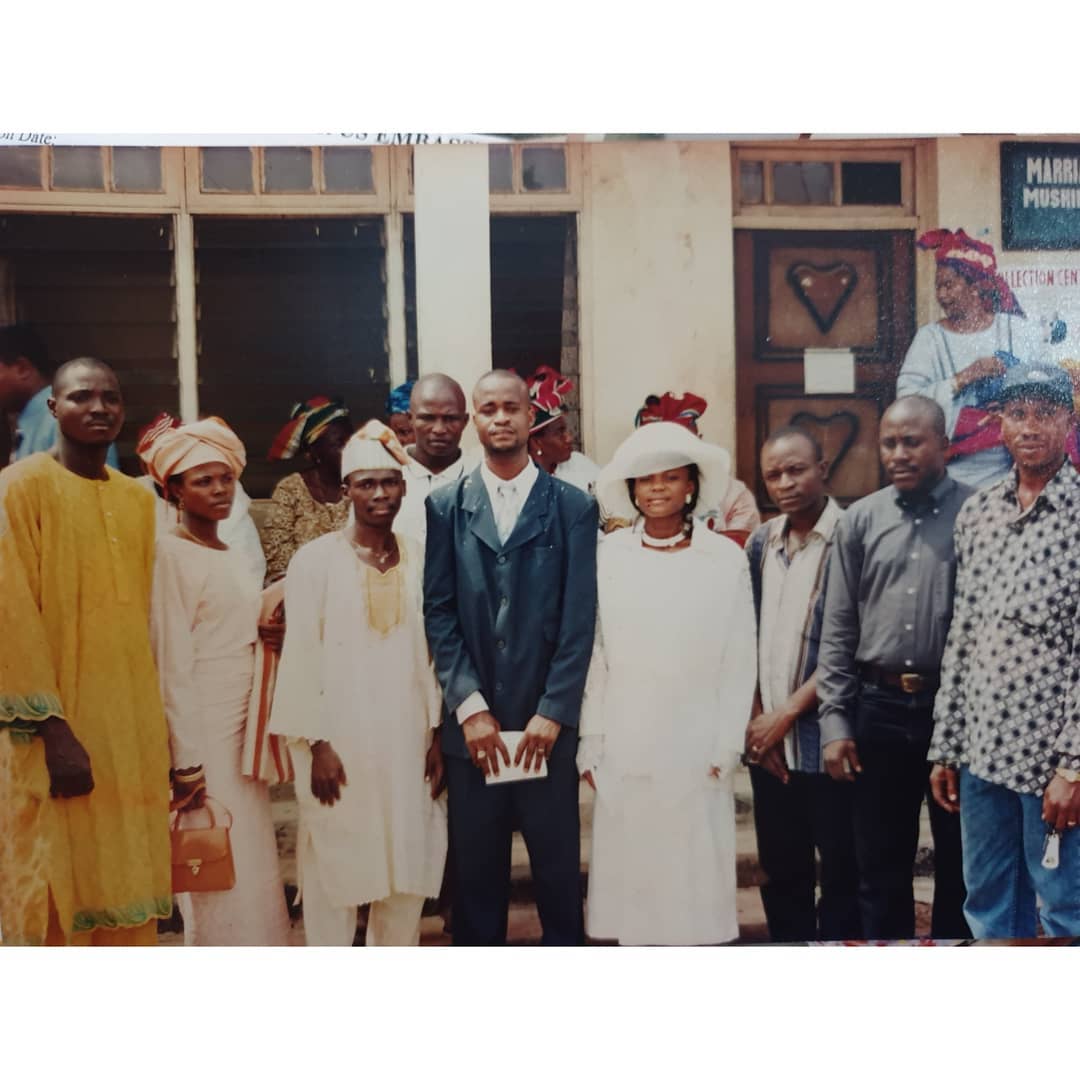 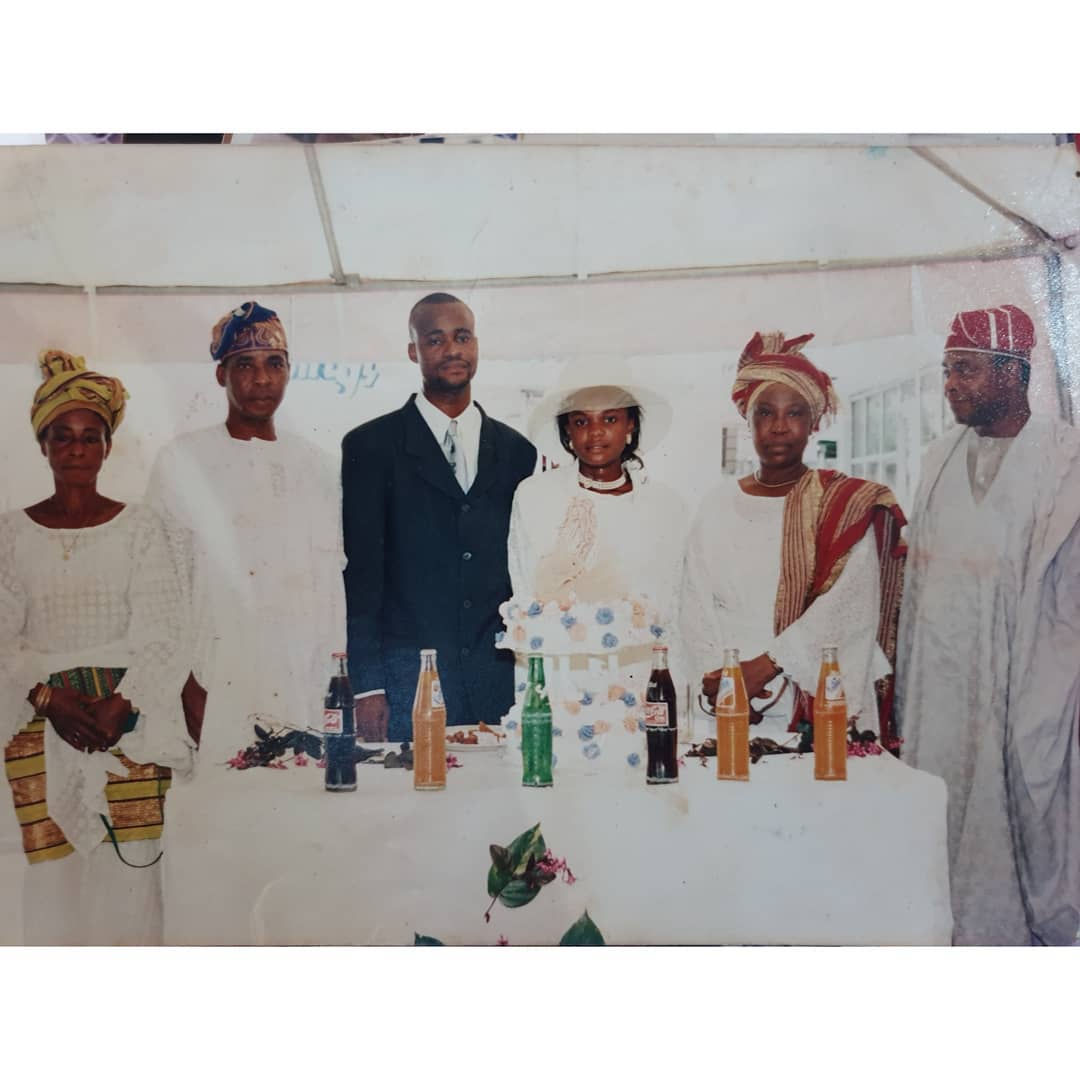 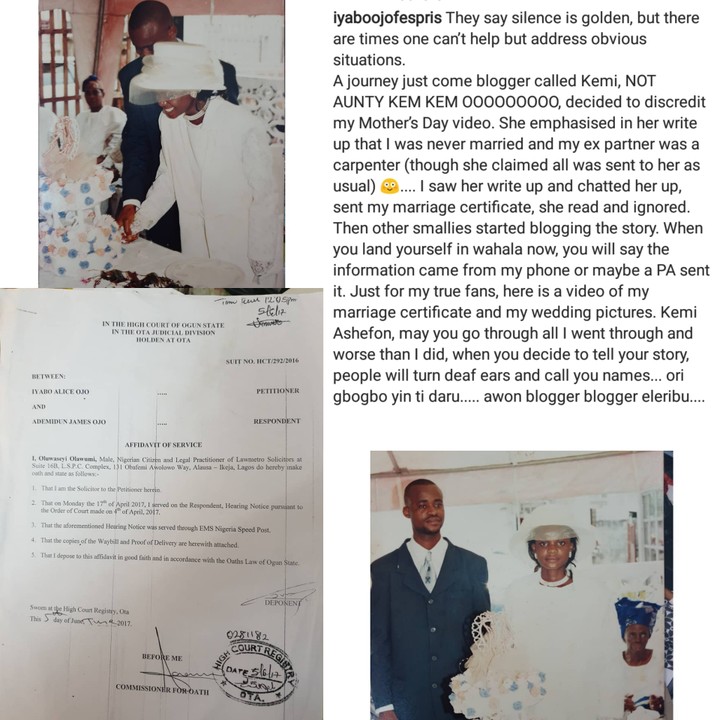 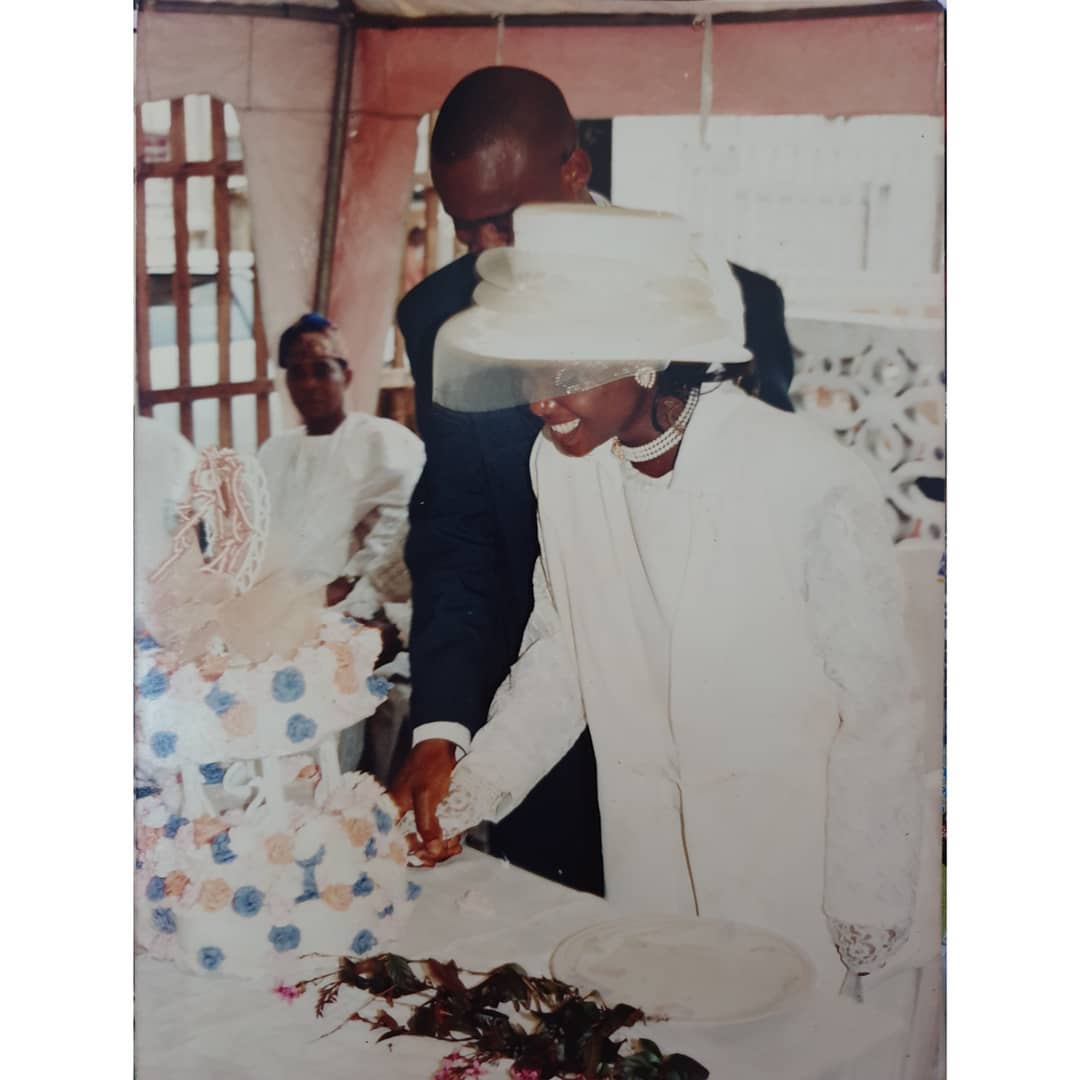