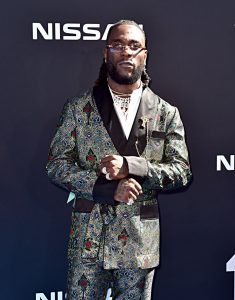 Nigerian Afro-fusion singer and songwriter, Damini Ogulu, who is popularly known as ”Burna Boy” has won the Best International Act at the BET awards ahead of his Nigerian counterpart, Teni Makanaki.

His mum, Bose Ogulu, who doubles as his manager picked up the award snap on his behalf where she wowed the crowd with her amazing speech.

Notable in the speech was where she said ”remember you were African before anything else.”  Amazing isn’t it???