Controversial journalist, Kemi Olunloyo and her fight buddy, Nollywood actress, Iyabo Ojo have continued to drag themselves on social media and an end does not seem to be in sight.

The controversial journalist has responded to Iyabo Ojo’s decision to remain her worst nightmare.

Iyabo Ojo made this statement after Kemi mocked the decision of the actress to leave her ex-husband who she described as a common carpenter.

Kemi Olunloyo, who in recent times has warned the actress not to enter Ibadan, took to her twitter handle to pass a disturbing message about the actress. 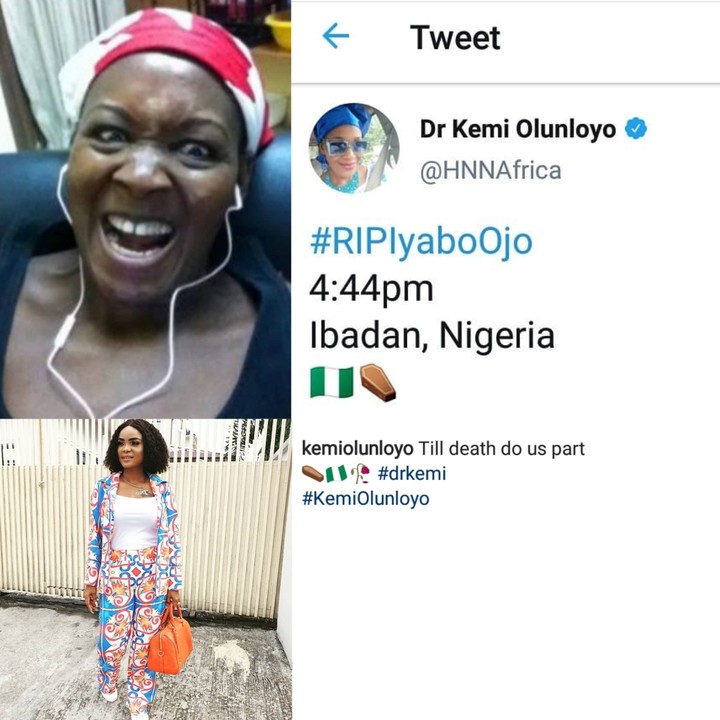