Home Metro News Killer of man who was murdered upon return to Nigeria from Malaysia...
Facebook
Twitter
WhatsApp 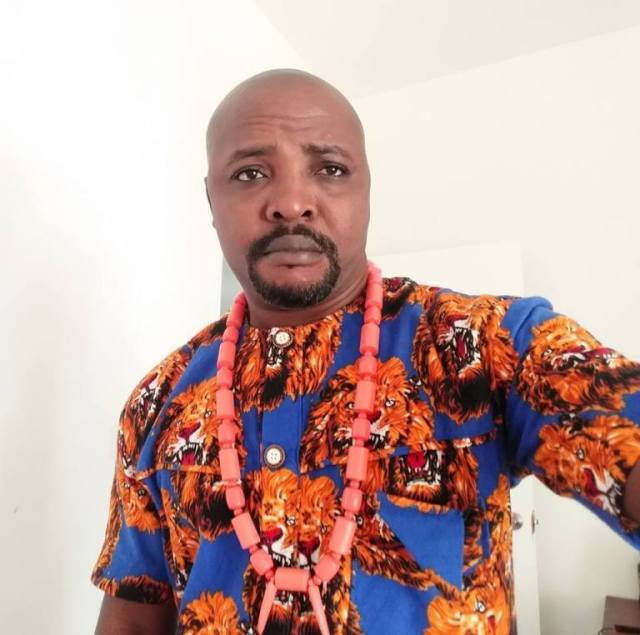 News surfaced a few days ago that a Malaysian-based Nigerian man was murdered upon coming back to his home country, after spending 9 years in Malaysia.

A new development has surfaced in the case as the deceased’s friend, Emeka Augustine, claims the deceased, Arthur Eze was reportedly killed by his brother, Collins out of envy.

Sharing a photo of the alleged killer, Emeka Augustine wrote:

Finally the killer have been revealed. What a world we are living in. Onyedikachi Alhaji Uchendu why, why and why did you kill my man Arthur Eze Richie, your own blood brother just because of envy.

If a woman wasn’t there to see you through a tinted glass of the house, you would have been among the mourners now.

Where were you when he was sleeping outside in Malaysia? You were the one that built his house for him, he patronized you and didn’t give the job to outsider, he was expecting a thank you from you for giving you the job and you killed him out of envy because he now have a house, Are you a demon? Why can’t you squander his money and forget building the house if you really have envy in your heart? Ariwa Na igbo reporting. 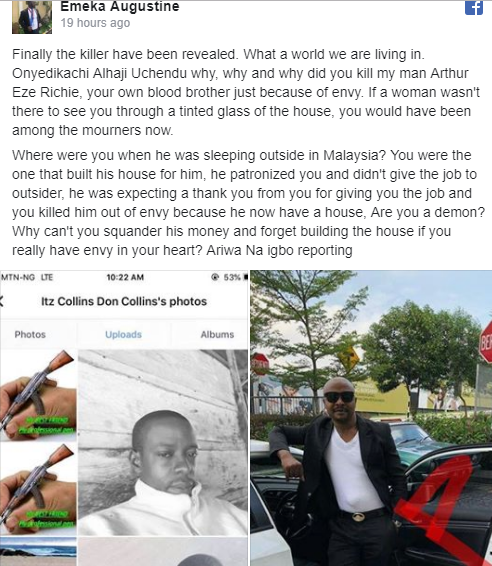