Reality TV star and businesswoman, Kim Kardashian West has released the second photo of her new born child, Psalm giving her fans and followers a clearer view of how he looks.

The mom of four welcomed Psalm via a surrogate with her musician husband, Kanye West on the 9th of May, 2019 by 7:02 PM at Cedars-Sinai in Los Angeles.

Truth be told, the little one looks so much like his sister, Chicago. An elated Kim revealed his name a week after he arrived in an Instagram post.

Now, she has shared a second photo of her son captioning it; 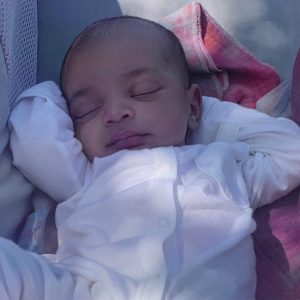