Former Big Brother Nigeria housemate, Gifty Powers has slammed people attacking for release a nude picture of herself on a boat.

Informationng reported yesterday that the reality show star stirred controversy on social media when she released a nude picture of herself.

This picture caused a lot of backlash for the star and in responding to the criticisms, she fired back.

Gifty pointed out that she is not only a Nigerian but also a British citizen and she does not live her life to please anyone but herself.

She further expressed that she has her personal tradition which is to do whatever she wants. 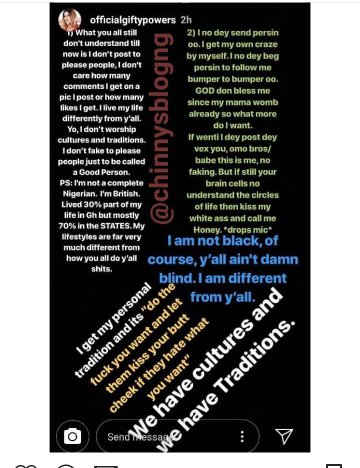