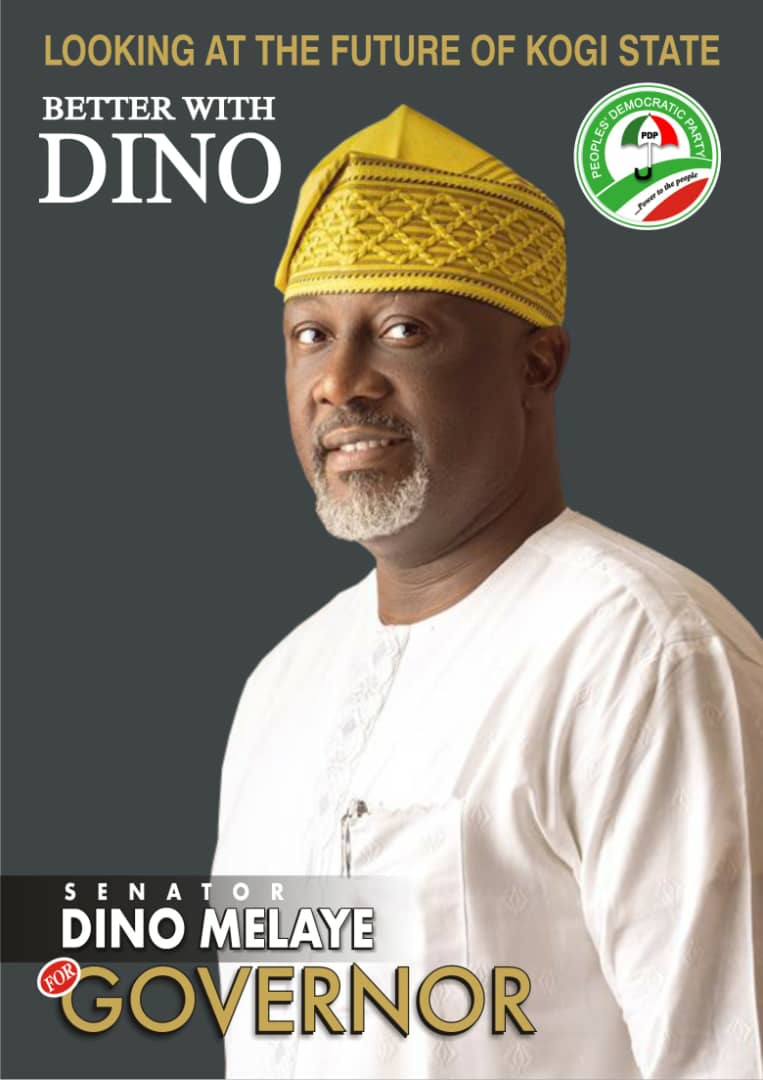 Senator Dino Melaye on Wednesday released his campaign poster as he gets set to run for the governorship position in Kogi state.

The senator who had won his reelection bid in March 2019, to continue to represent his constituency, Kogi West senatorial district, stunned the political scene when he declared his intention to run for the November 2019 election in the state.

Melaye, who will run on the platform of the People Democratic Party(PDP) will go up against a confident incumbent governor, Yahaya Bello of the All Progressives Congress(APC) — Who has made it clear that his victory at the polls will be a landslide one.