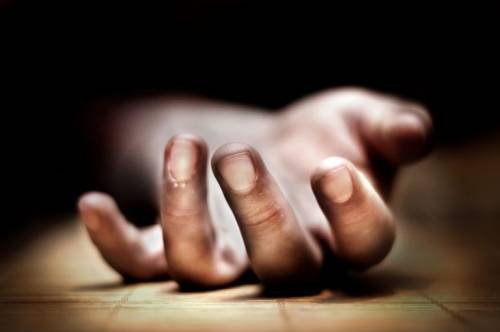 A part-time student of Lagos Polytechnic, Ikorodu campus has allegedly committed suicide after he had a quarrel with the girlfriend, Police reports.

The death of 34-year old Joseph Mayowa was confirmed in a statement by Bala Elkana, the Lagos police spokesperson on Friday.

According to the police statement, Mayowa allegedly took his own life by ingesting a poisonous chemical(sniper) at his residence at the Eyita area, Ikorodu.

Mayowa, who was a part-time student of the Department of Hospitality Management Technology died in the early hours of Friday.

The police station at Shagamu road, Ikorodu, received information that Mayowa had committed after a quarrel with his girlfriend, Bolaji Olokodana, police spokesperson said.

The girlfriend(24) a graduate from LASPOTECH was said to have been with the deceased when he died — He was quickly rushed to a hospital by his neighbours after the girlfriend raised an alarm but he died nonetheless.

“In the statement of his girlfriend, she told police investigators that herself and the deceased dated for nine years,” Mr Elkana said.

“The deceased is fond of beating her. While she was with the deceased in his room, they had a quarrel and he, as usual, resorted into physical violence.

“Miss Olokodana ran into the restroom to avoid a further beating from the deceased. On her return, she found him gasping for breath with an empty bottle of sniper beside him.”

Mayowa’s corpse has been deposited at the General Hospital mortuary for autopsy, while police are conducting an investigation to determine the true cause of death.