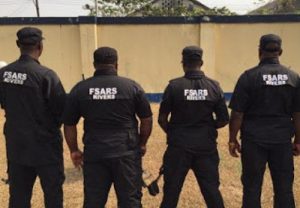 A Tweeter user @ogbenioloyede has taken to the microblogging platform to share the amazing story of how he was accosted by SARS operatives who wanted to arrest him.

According to the user, he said after the law enforcer saw that there was nothing incriminating about him, he was asked to open the trunk of his car and they say a pack of Goldberg which they allegedly carried and told him to go or else they would arrest him in place.

SARS stopped me at Lagos Island today, they checked my ID card and find out I’m legit, so they asked me to open my car trunk, they saw a pack of Goldberg they carried it and ask me to go or else they’ll arrest me daylight robbery.