Lionel Messi’s brilliant free-kick goal against Liverpool in the Champions League semi-finals have been voted the best goal of the competition.

Messi found the top corner from fully 25 yards to make it 3-0 to Barcelona on the night with his 600th goal for the club.

Barcelona went on to lose the match 4-3 on aggregate to Liverpool after a remarkable comeback at Anfield.

Messi saw off competition from Cristiano Ronaldo (against Manchester United) and team-mate Ivan Rakitic (against Tottenham) to finish in the top spot in the champions league. 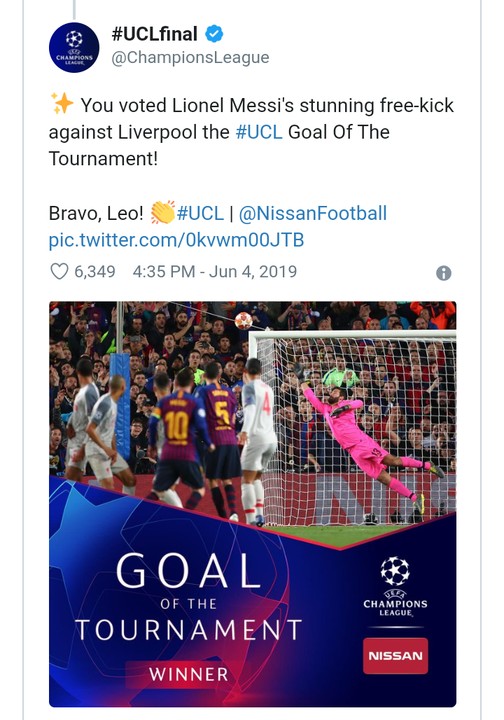