According to reports, a Nigerian man is currently demanding a sum of 4.2m from his ex-girlfriend of 4-years who refused to marry him. 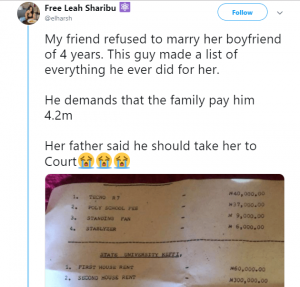 A Twitter user identified @elharsh shared the story on her page and she also posted the list which she claimed the man allegedly sent to her friend.  The man is reportedly demanding that she refunds him all every dime he spent on her during the course of their relationship.

ALSO READ: [VIDEO] American Actress Gives A Shout-out To James Brown Of “They Didn’t Caught Me”

In the well-detailed list, the man carefully itemized all he bought for her and the amount of money each of the cost of the items. The total sum is N4.247,000,00 and he wants all of it back.

The funny part is that the father of the lady has told him to take his daughter to Court. 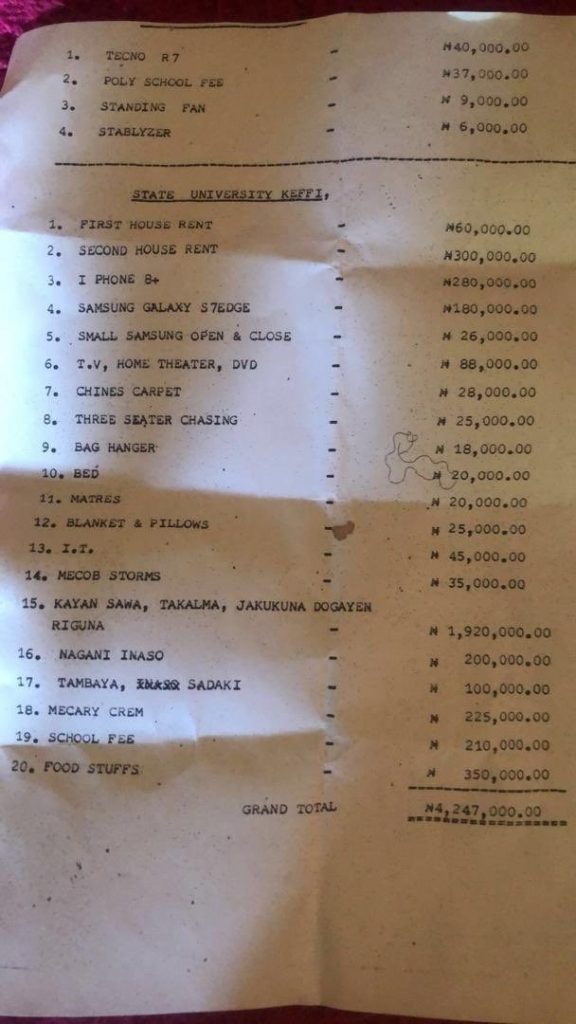