Home Entertainment “Mesut Ozil Or Iniesta, Who Do You Think Is The Best??”- See...
Facebook
Twitter
WhatsApp 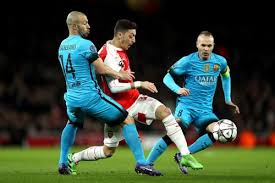 Whereas statistics show that Ozil has more goals and assists than the Barcelona Legend, Uche Jombo, thinks such the comparison between the duo is useless as she says Iniesta is the better between the duo.

The Nollywood actress who made her view known via her Twitter handle concluded by saying anyone who thinks otherwise clearly does not understand or know football.
Do you agree with her???