TripleMG boss, Ubi Franklin has taken to his Instagram page to send a memo to an unidentified person who he alleges to be responsible for fake news spreading about him. 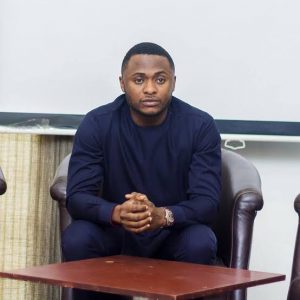 On Saturday, reports went around social media that the TripleMG boss is set to be sued by the pop star, Davido and his girlfriend, Chioma over his failure to deliver a cooking show for the duo.

However, Davido reacted to the story by debunking the rumours going around.

Ubi Franklin has now hit out at the mysterious person behind the fake news (is it hmmm…?). 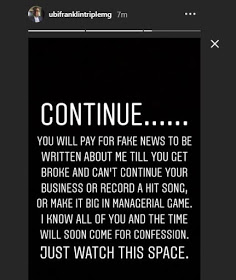 Nigerian singer, Simi took to Instagram to celebrate the love of her life and hubby, Adekunle Gold as he turned a year older on...
Read more
- Advertisement -