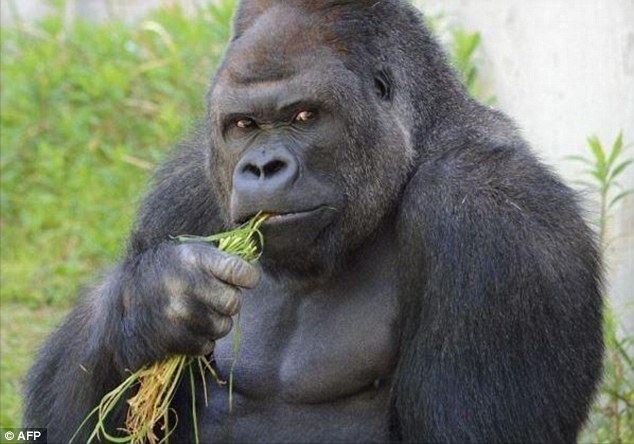 Governor Abdullahi Ganduje of Kano state has said that the zoo in the state has no gorilla which was accused of swallowing N6.8 million.

A gorilla at the Kano Zoological Gardens was accused by an official of carting away the sum of money in question before going ahead to swallow it.

However the governor on Tuesday while speaking with state house correspondents in Abuja on Tuesday, said it was a case of robbery and that no animal was involved.

“You know, l already directed the anti-corruption agency in Kano to wade into the issue and they are still investigating,” he said.

“But all l can say now is that preliminary reports indicate that there was an armed robbery at the zoo and not the issue of a gorilla. The issue of a gorilla is junk journalism. This is because there is even no gorilla in that zoo. We are told that there was an armed robbery incident in which the entire safe at the zoo was carted away.

“The outcome of the investigation will let us know what actually happened. But l am sure that there is something wrong anyway.”