British Born Nigerian actress, model, and ex-vixen, Venita Akpofure marriage has allegedly hit the bricks as reports claim she moved out of her matrimonial home. 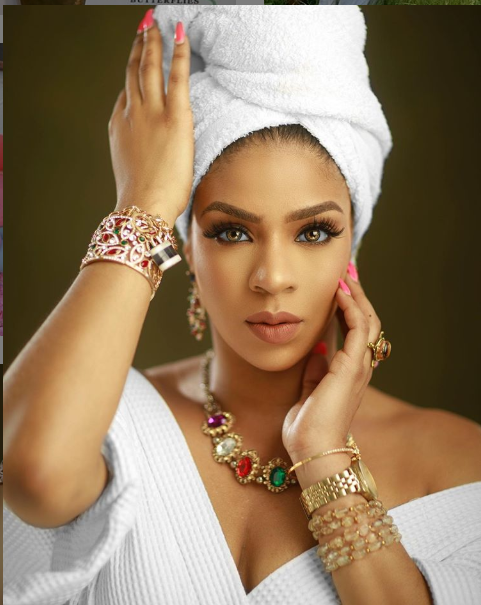 According to reports, the marriage has been having setbacks as they were reports of domestic violence and financial constraint.

It was gathered that the former Miss Commonwealth Nigeria and Face of Sleek Nigeria 2011 ran out of her matrimonial home due to incessant domestic violence and lack of financial support from her husband.

The mother of two was said to have been depressed but got love from family and friends who supported her and gave her accommodation.while her parents in the UK have asked that her kids be relocated with them so she can get her feet back.

Venita Akpofure and Mr. Tarka were married for 5 years and have two beautiful kids.