Controversial American rapper, Azalea Banks has taken to social media to call out Nigerians claiming that they are the top self hating nations in the entire diaspora. 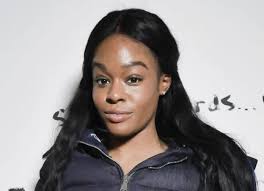 ALSO READ: “You came to kiss ass in my store”- Wale Jana Fires Back At Juliet Ibrahim

She expressed her dissatisfaction as she stated that Nigerians hate their American blacks for being favored by the whites.

“Nigerians are the top self rating negroes of the entire diaspora. They want to be the Japanese (elite) of negroes SO DAMN BAD. And they hate American blacks for being favored by white people. LMFAO. Nigerian-Americans are fucking joke.lol”