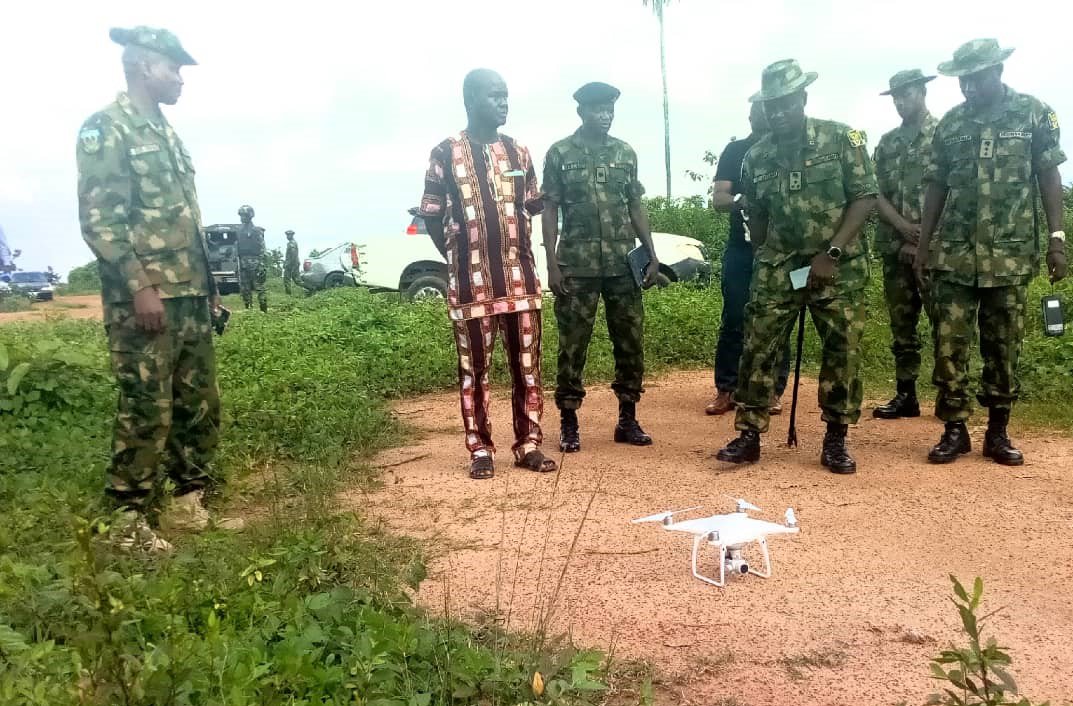 Since the Nigerian army released a statement that it has purchased fight drones to combat kidnapping in Ekiti and Ondo, Nigerians haven’t stopped mocking them.

The army had informed Nigerians of its commitment to end kidnapping in the two states by deploying drones.

“We have two of this drone, one for Ondo and the other one for Ekiti State which would easily help us to fight the issue of this kidnapping headlong”, the army had said.

Since the report, many Nigerians have taken to social media to throw jabs at the army over what it called a ” joke”. According to many, such as “drones” are simply for entertainment and are not worthy to be used for fighting. Some even went ahead to give proper examples of what a drone, other armies of the world deploy.

See what some Nigerians think below

Gimba Kakanda wrote: Whatever is happening here, may God Intervene and protect Nigerians. We don’t deserve this joke.

A Twitter user wrote: Thought it was a joke. Saw it on NTA Newsline yesterday. Commander of 33 Artillery Brigade said they acquired 2 combat drones. A General in the Nigerian army. A DJI Phantom 3 is what he called a combat drone. If we had a C-in-C that man should be sacked immediately.

One even wrote: Its a phantom 4 Pro, and it cost about a $1000 dollars or less, it’s been almost 3 years since it was released. That is not a combat drone, it’s for entertainment (Music Videos, and all). Nothing protects us in this Country.

Another wrote: This type of drones that little kids in other countries use to play, is what these people are doing a photoshoot with. Mediocrity is engrained in these people, it’s even encoded in their DNA

Another wrote: They were probably procured at breakneck prices. It’s an irredeemable system of mediocrity.

And one wrote; I can’t stop laughing! Is this a joke? And yet defence Swallows half of our budget every year. God, it won’t be wrong to say I lose hope in this country. If the military can shameless come out and call this a drone.

Some even wrote: Lol. One for Ondo? That’s a “DJI Phantom 4 Standard.” The max range is 3miles. The battery lasts 30 minutes. Ondo State is 5985 Square miles. So you will be at it for a while.

This is a recreational drone. Stop the silliness.