Fashionista, blogger and 360nobs CEO, Noble Igwe has called out Ex-BBNaija housemate, Teddy A over his remark on the rape allegation levelled against Pastor Fatoyinbo by Busola Dakolo. 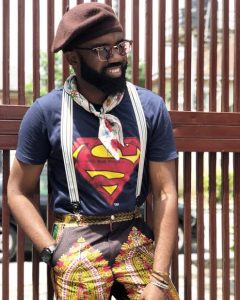 Teddy A recently took to his Instagram page to react on the trending issue. He, however, stated that there are always two sides to a story while disproving the claims of Busola Dakolo.

The reality show star further requested for a thorough investigation, and for the law to take its due course.

This did not sit well with Noble Igwe as he called out Teddy A over his remark on rape allegation against Pastor Fatoyinbo. He stated that Timi Dakolo and Busola are not that hungry to risk everything they have worked for just for internet clout.

“You are my family, so I’d say what I’d tell my family. I’d rather that you don’t post than post this. ‪“There are two sides to a story”‬ ‪You think Timi and Busola that are not hungry will risk everything that they have worked for just for Internet clout ?” 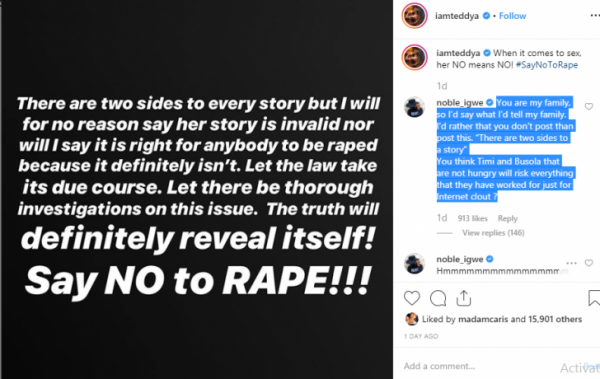