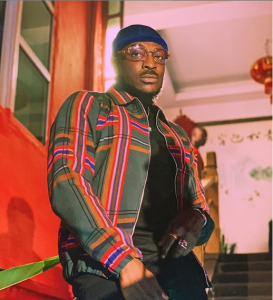 Singer Peruzzi has issued an apology following his assault on social media influencer, Pamilerin, in the early hours of today while they were about to disperse from an event in Bayelsa yesterday.

Peruzzi who spoke via his Twitter handle acknowledged that he was wrong for acting the way he did towards Pamilerin yesterday.

I did very wrong for yesterday slapping Mr Pamilerin, let my feelings get the best of me and I am very sorry. Apologies to Mr Pamilerin and also to the general public. I’d never get into such a mess again. Love Only, I promise.

People come on here to say things just to get RTs and Likes. But you never get to really understand cos you’re on the “funny” end of the whole thing. Someone else is somewhere feeling hurt because you don’t see that very thin line between Opinion and Insult.

Nobody Holy. We learn To Grow