Nollywood actor, Uti Nwachukwu seems not to be backing down in his support of former Big Brother Naija housemate, Cee-C as the most successful housemate from the reality show.

The actor drew criticisms on Thursday after declaring that Cee-C is the most successful amongst the housemates from the show in 2018.

Uti later apologized for his comments and he also rephrased that Cee-C is one of the most successful.

The actor has now launched a new attacked, he expressed that only witches are uncomfortable with the success and achievements of others. He wrote: 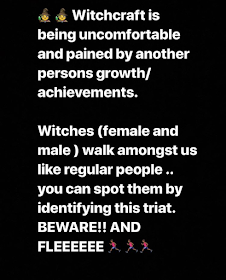 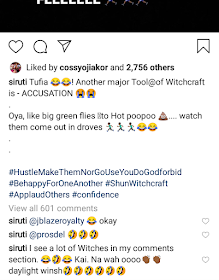