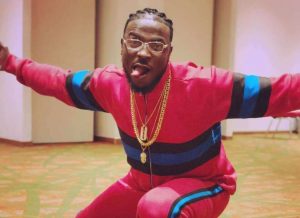 Recall that Peruzzi lost the newcomer award to Teni in January and he took to his Twitter handle to air his frustration by saying he deserves the award because he gave his best in the preceding year.

Pamilerin reportedly conducted a survey on his Twitter handle regarding who Nigerians think deserves the award between Teni and Peruzzi.

Pamilerin was said to have posted the result which showed that Nigerians voted massively against Peruzzi.

Pamilerin was said to have dropped the below comment afterwards:

Can somebody tell Peruzzi to shut up? Uncle, release a single without featuring anyone first. Let’s see how far you can go with that,”

This then got to Peruzzi who waited for good six months until they saw eye to eye before assaulting him.