Popular Nigeria singer and DMW act, Peruzzi recently released the visuals to his hit single”Majesty” produced by Speroach Beatz and it is now the number 1 trending video on YouTube. 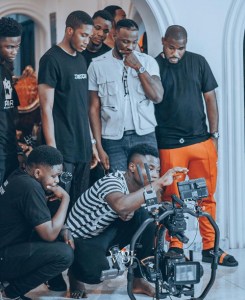 The video which features Big Brother Nigeria superstar, Cee-C as a beautiful bride, has earned the attraction of many prompting them to watch the video. It also stars Gbenga Titiloye and Larry Gaaga.

The video was directed by DMW cinematographer, Dammy Twitch.

Peruzzi took to his Twitter page to announce the exciting news today, June 22, 2019.