Model and mom of two Chrissy Teigen donned a towel as a wedding dress as she renewed her vow with husband John Legend.

Chrissy decided to recreate an episode of TLC’s Four Weddings while on vacation with her family in Italy.

The model made the DIY dress from a towel some and nail polish accents.

Chrissy decided on renewing her vows after a member of her team taught her how to properly tie a towel around herself.

The ceremony was officiated by Chrissy’s mum. 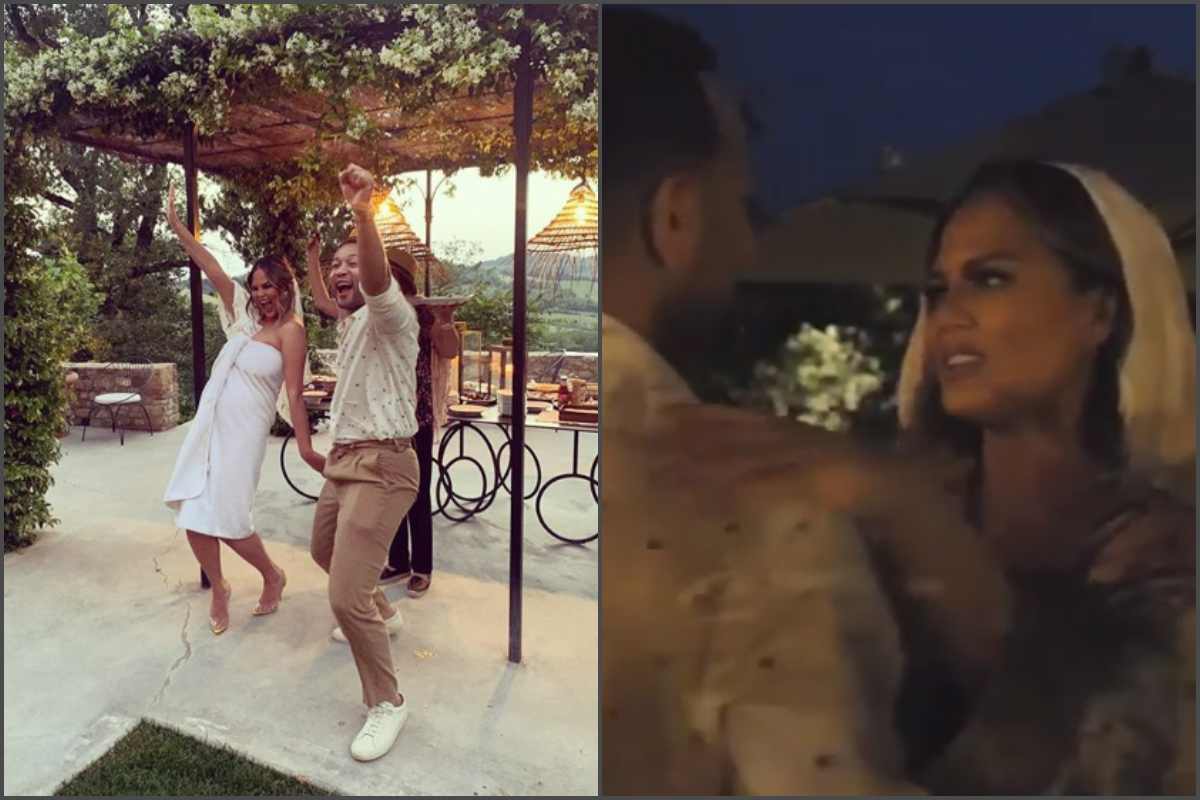