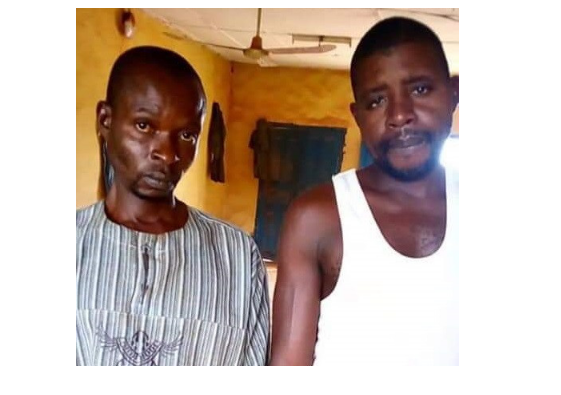 Two men have been arrested by the Anambra State Police command for raping a mentally challenged woman in Oyi.

SP Haruna Mohammed, the spokesperson of the Command, said on Monday, 24 June at about 3:00 pm, police detectives attached to Oyi Division nabbed the suspects whose names have been given as Okwuchukwu Anyanwu, 36 and Emeka Odoh,  25, all of Ezi Umunya in Oyi LGA of Anambra State.

The men had raped the young lady whose name was given as Nwanneka Nwaizu, 23, on Sunday, June 23, knowing she is mentally unstable.

The victim has since been taken to General Hospital Onitsha for medical examination and the case is now under investigation after which suspects would be charged to Court.