Nigerian singer and entrepreneur, Dapo Oyebanjo aka D’banj was presented with a special Silver Creator Award by YouTube Music yesterday, June 18th, 2019 for hitting 100,000 subscribers. The event which was tagged “An Evening with D’Banj” took place at the Landmark Event Centre, Lagos. 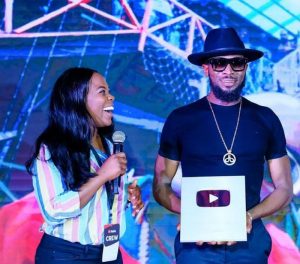 Apparently, the singer was a member of the panel at the YouTube week where he dished out the tips and tricks behind his impact in various sectors of the Nigerian economy through his multiple award-winning 14-year music career.

He owns a digital entertainment platform dubbed C.R.E.A.M which stands for Creative, Reality, Entertainment, Arts and Music. The platform, which was launched in 2016, has generated over 15 million dollars and it has amassed over 3.5 million subscribers. The platform is also behind the success story of Mr Real as it produced his hit track, “Legbegbe”.

However, D’Banj clarified that the platform is not a record label rather it gives opportunities to people who have content. 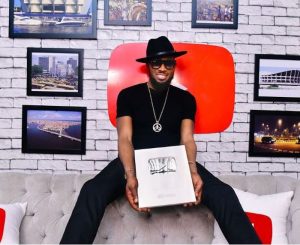