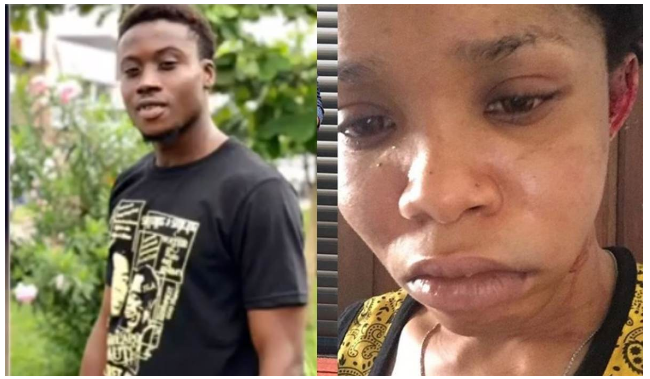 An upcoming Nigerian singer Dellayor has been accused of beating his girlfriend to a pulp.

According to reports, the girl and Dellayor have been dating for 3 months when he almost sent her to her grave for daring to return home late.

Chona, a friend of the victim, narrating what happened said:

“On the 28th of June, 2019, a friend of mine, Sonia, was beaten up by her boyfriend of 3 months, Samuel Ayodele Omotosho.

Why? You’d ask. So this Samuel guy who is an up and coming artiste, just released a video and Sonia, knowing fully well that I work with a music producer and promoter, called me and told me to help her talk to my boss to help promote the love of her live’s video (a very supportive girlfriend I must say). .

The appointment was fixed for Sonia to meet up with me, my boss and some other people, but like we all know it rained and she was stuck in the traffic for hours. .

Basically, we finalized and were ready for business. She could have decided to go to her house oo, but she decided to go share the freshly baked good news with him at his house. 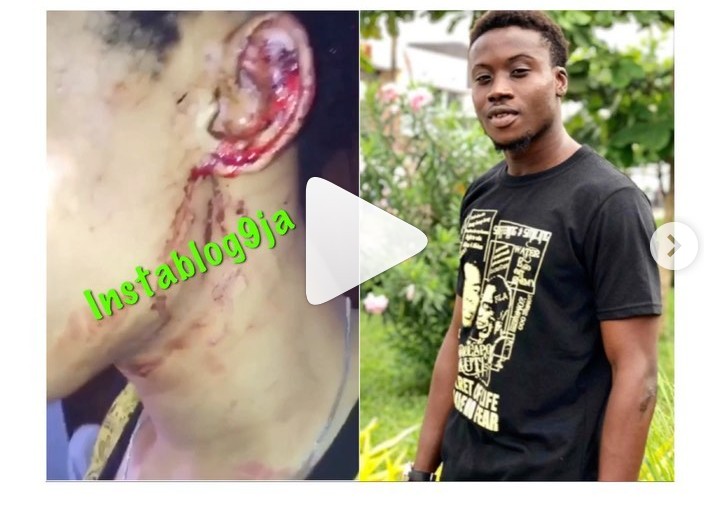 Fast forward to some minutes to 9pm when she got to his house, unku king kong decided to display his heavyweight championship skills on her, amidst calling her a cheap LovePeddler, a prostitute to mention a few. .

He said she went to sleep with men. Just imagine! This one is not dem say, I was with Sonia and my boss all through that day, but unku @dellayor decided to pour his insecurities on her.

Probably because he sleeps around he thinks everybody else is a cheating bastard like him. She called him this morning to tell him what his boxing skills did to her and the omo ale jati jati had the audacity to open his uncouth mouth to say she deserves it and even more and continued by calling her names. .

@dellayor I promise you this, YOU DON’T KNOW WHAT’S COMING FOR YOU. I’d make sure I take this to any length and that your already dead career will surely remain dead as long as I live.

A man should never raise his hands on a lady (no matter the crime), not to talk of leaving her entire face and body looking like she was crushed by a trailer.“