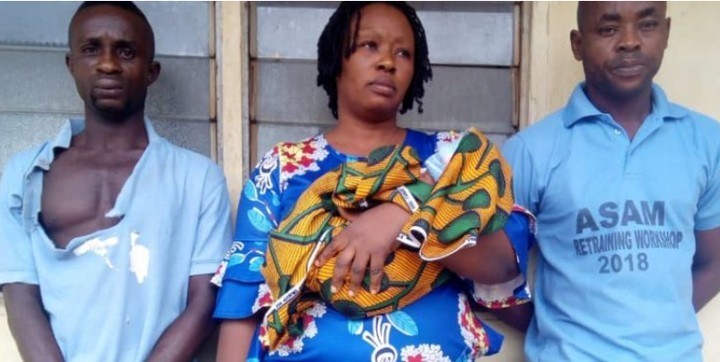 According to reports, the said man lied to his wife that the baby died after delivery in Ozubulu, Ekwusigo local government area of Anambra State when in fact he had sold the baby boy to one Mrs Anulika Okafor, a native of Uruokwe village, Ozubulu.

Haruna Mohammed, the police spokesperson, confirming the incident, said the three suspects involved in the case, have been arrested and the baby has been recovered.