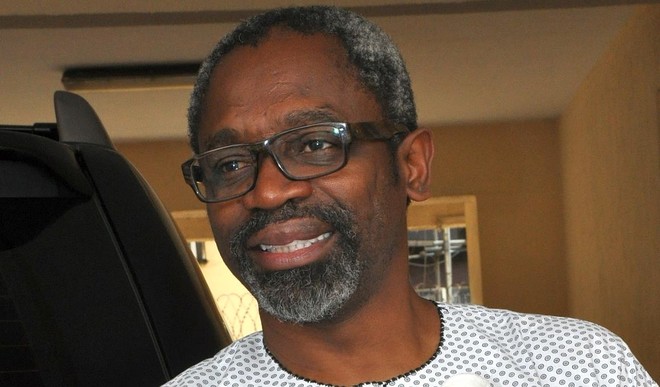 Political parties under the aegis of Coalition of United Political Parties (CUPP) said that they have launched a legal campaign against a member of the House of Representatives, Femi Gbajabiamila, aspiring to become Speaker of the 9th assembly.

This was made known by the CUPP on Tuesday via one of its members, the Action Peoples Party (APP).

It revealed in a world press conference in Abuja on Tuesday that it has received a go-ahead from a Federal Capital Territory (FCT) Court, to commence a criminal proceeding against Gbajabiamila, who they alleged gave false information under oath.

The Spokesman of the CUPP and APP National Chairman, Chief Ikenga Ugochinyere, said during the press conference that Gbajabiamila was allegedly indicted and sentenced to 36 months by the Supreme Court in the State of Georgia, therefore shouldn’t be allowed to become Speaker.

“We announce to you today that a court in the FCT has issued criminal summons against Femi Gbajabiamila to appear in person on 10th June, 2019.

“The court also granted an ex parte application to serve him by substituted means through the Clerk of the National Assembly and by this, Femi Gbajabiamila has been successfully served with the summons in accordance with the Order of the Court.

“With all the documents shown, the stage is now set for the arraignment of Femi Gbajabiamila and if he fails to appear in person on Monday, we shall be left with no options but to apply for an arrest warrant to be issued against him same Monday.

“The criminal case is instituted because in 2003, 2007, 2011, 2015, and most recently in 2018, preparatory to the 2019 election, Femi Gbajabiamila in an answer to questions contained in the INEC Form CF001, filed with the INEC gave false evidence and information on oath to the commission when he denied and claimed that he had never been indicted by a tribunal, court or administrative panel of fraud or dishonesty.

“This repayment was done three years after he ran away with the money. This action is to serve as deterrent to all public office holders that there will always be a judgement day and that no matter how highly placed they may be, there are courageous men and women who will stand as guards and apoa styles of constitutional governance.

“This is a man President Buhari-led APC wants to emerge as the Speaker of the House of Representatives. Is President Buhari now saying that the admission of guilt of involvement in the shameful act of wilful dishonesty and acceptance of lesser punishment because he has repaid the money has wiped the record of the evil deed? President Buhari-led APC has a lot of questions to answer to Nigerians why this man is his choice,” the CUPP.