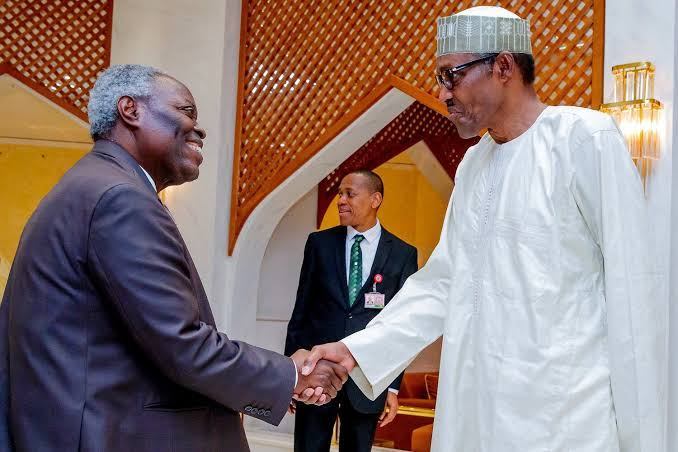 The presidency has released its first official statement celebrating the leader of Deeper Life Bible Church, Pastor Folorunsho Kumuyi, on the occasion of his 78th birthdays days after media uproar against the spiritual leader for saying Nigerians should not attack Buhari.

The presidency used the opportunity to ask for a long life for the church leader.

The President recalls his meeting with the respected cleric at State House, Abuja, last October, during which the latter shared deep insights about the country, & how he prayed with him, and for the entire country, particularly in respect of the then forthcoming general elections.

President @MBuhari applauds the divine wisdom, and temperate nature, which Pastor Kumuyi exudes at all times, and prays that God will give him longer life, and greater grace to serve God and humanity.